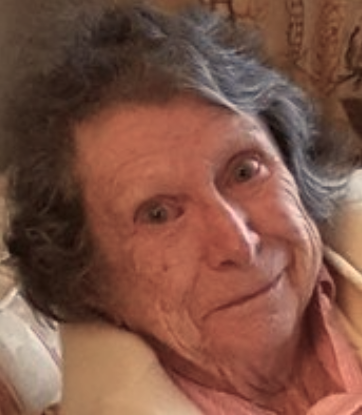 Janet grew up in New York City and moved with her family to Darien for her junior year of high school. Her father was a founding member of the Norwalk Skating Club, providing the family hours of shared enjoyment with the skating community.

Janet graduated from Low Heywood School and earned her bachelor’s degree at Wheaton College. She worked in New York for several years before getting married, settling in Darien, and raising five children.

She enjoyed tennis into her 80s and many volunteer activities at St. Luke’s Parish. Janet was also a past president of Darien Book Aid and a volunteer at Tots ‘n’ Teens, a lively local thrift shop whose proceeds benefited Planned Parenthood.

She moved to Rowayton in the mid-1970s and reveled in creating multiple gardens around her home, chatting with passersby, hosting children and grandchildren to the beach, and mowing her lawn with a push mower until her 80s.

Janet was a member of the Rowayton Gardeners Club, and her passion for the outdoors led her to support the Norwalk Land Trust in its mission to preserve open spaces.

In 2006, Janet relocated to Ashlar Village in Wallingford, became active in a book group, joined St. Paul’s Episcopal Church, and enjoyed creating gardens around her home.

In lieu of flowers, please consider a donation to the Norwalk Land Trust, a favorite organization of Janet’s. Donations by check or electronic payment should be sent to: Norwalk Land Trust, P.O. Box 34, Norwalk, CT 06853. The check/donation should include “In Memory of Janet Phyfe” on the subject line.

— This obituary was published by the Norwalk Hour on Legacy.com, where condolences may be left.