Surrounded by his loving wife and children, James Louis Mazurek, 74, of Bradenton, Fl. died peacefully on Monday, Jan. 1,  after a long struggle with cancer in Lakewood Ranch, Fl. 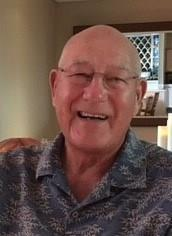 Born Jan. 26, 1943 in Stamford, he was the youngest son of the late Edward and Mary (Boska) Mazurek. At an early age “Jim” excelled in athletics reaching the Babe Ruth League World Series in Baseball in 1958 where he shared the record for most home runs in a series until it was finally broken in 2006.

At Stamford High School, he went on to win two consecutive state football championships while starring in football, basketball, and baseball.

His athletic career continued after receiving a full scholarship to play football at Syracuse University where he was a two year varsity starter and captained the team in 1963.

— an obituary from Palms-Robarts Funeral Home and Memorial Park

After his football career ended, Jim was commissioned as a Second Lieutenant in the U.S. Army upon graduation from Syracuse in 1964.

Jim proudly served his country as a transportation officer in the U.S. Army and was stationed in the Republic of Korea before volunteering to transfer to serve in combat during the Vietnam War.

Following the completion of his military service he returned to Korea and married Hong Jae Sun, a fashion model that he met while serving there. In October 2017, they celebrated their 50th and final wedding anniversary together.

Once out of the service, Jim and his wife moved to Darien, where he began a 35-year career in business with Clairol and Proctor and Gamble. During that time he earned his MBA from New Haven University and was active in various industry councils and groups.

Jim enjoyed playing and watching sports his whole life but nothing brought him greater joy than watching his children and later his grandchildren competing. He was a fixture at Darien High School sporting events throughout the 1990s and was extremely proud of the state champion football and volleyball teams his kids were a part of.

Upon moving to Florida in 2008, Jim quickly became a fixture both in his community and church where he was a member of the Tara Golf and Country Club and active in the Knights of Columbus where he attained the 4th degree. In his last years he made many trips to Orlando to watch his grandson Jack playing youth basketball and AAU football.

He is preceded in death by his parents; and brother, Edward.

He is survived by his wife of 50 years, Jae Sun; his children, James Jr., of Orlando, Fl., and Alicia, of New York, New York; two grandsons, Jack (age 9) and Max (age 5), of Orlando, and many close friends he considered family.

His family received friends Jan. 4, 2018 at the Palms-Robards Funeral Home in Sarasota, Fl. His funeral was held Jan. 5, 2018 at Our Lady of the Angels Catholic Church, Lakewood Ranch, Fl. Burial, and services with military honors were on Jan. 8 at Sarasota National Cemetery, Sarasota, Fl.

Expressions of sympathy may be offered to the family by signing his online guestbook at the funeral home website.

In lieu of customary remembrances, donations can be made in James’ name to the Knights of Columbus Council 13341, c/o Our Lady of The Angels Catholic Church, 12905 E State Road 70, Lakewood Ranch, FL 34202.