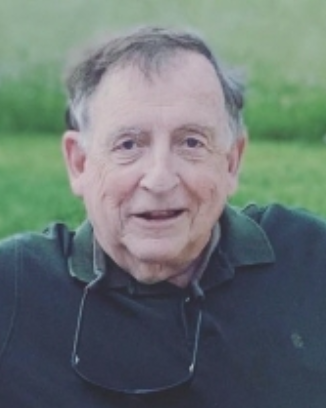 The son of the late B. Lynne Kelsey and Doris Lewis Kelsey, Jim was born April 28, 1941, in Poughkeepsie, New York.

He graduated from Syracuse University in 1964 with a degree in liberal arts and received his MBA from the University of Connecticut. He met his wife Chris at Syracuse, and together they raised their family in Darien. He had a lifetime career with the IBM Corporation in Poughkeepsie, New York and Stamford.

While in Darien, Jim served as a director for the Darien Junior Football League and as a little league baseball and basketball coach. He spent countless hours on the sidelines cheering his children on at sporting events and frequently attended the Darien High School Breakfast Club on game day mornings. He served as both a Deacon and Elder at Noroton Presbyterian Church in Darien.

Jim and Chris retired to New Hampshire in 1998 where he continued to pursue his lifelong passions of woodworking, guitar, Syracuse basketball, golf and most importantly, spending time with his grandchildren. He served on the Church Council at the United Church of Christ, North Hampton, New Hampshire.

Jim was a true servant, who loved to help others and had a kind word for everyone. He had a quick sense of humor and a special way of putting you at ease. To Jim, family was everything and in return, he was everything to his family.

Arrangements are under the care of Brewitt Funeral Services, Exeter, New Hampshire.

Memorial contributions may be made to The United Church of Christ North Hampton, New Hampshire or to the American Heart Association.

— an obituary from Brewitt Funeral Services