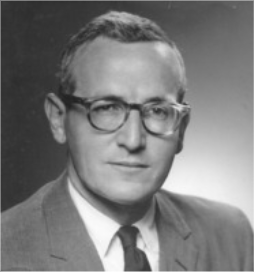 James Clement Dunne passed away peacefully with his family by his side on Feb. 4, 2020, in White River Junction, Vermont. He was 96.

Jim was born in New York City to Irish immigrant parents on Nov. 23, 1923, along with his twin brother, Joseph, who predeceased him.

Jim was born with many gifts — a sharp mind, a quick wit, and an always positive outlook on life, all of which served him well and brought him a great collection of friends and an even bigger cache of stories which he loved reliving and recounting during his later years.

Jim served in the U.S. Army during World War II from November 1942 until December 1945 as a member of the 97th Signal Battalion, where he fought in Europe, most notably in the Battle of the Bulge.

After the war Jim graduated from Fordham University and Harvard Law School where he was a member of the Chancery Club. While at Fordham Jim met the love of his life, Irene Roche, and they married in 1952.

Jim was a member of the Harvard Club of New York City and was a governor of the Tokeneke Club in Darien, where he and Irene raised their family. Jim loved literature, music, and fabulous parties, and was known to pay the band to stay and play “one more song.”

Jim and Irene travelled the world during their retirement years which they spent living in Harwich Port, Massachusetts.

— This obituary previously was published on Legacy.com for the Darien Times.