James Arthur Calcagnini passed away peacefully at his home in Darien on Dec. 7, 2021 after a courageous battle against ALS. He was 59. 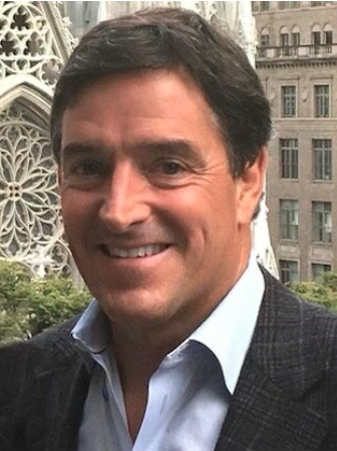 James was born on Feb. 9, 1962 in West Islip, New York. He grew up in Hamden and attended Hopkins School in New Haven. He is a proud graduate of Notre Dame University and remained an ardent fan of the Fighting Irish ever since.

James began his career as a clerk for B&J commodities on the floor of the NYBOT, where he thrived in the fanfare of the pits. He quickly went on to become a commodities trader, and later, a broker, founding his business, East Coast Options Services, in 1992 with his partner, Bob Cione.

He was a former board member of the New York Board of Trade, and through his service on numerous exchange committees, he was instrumental in revising many exchange rules to adapt to changes in the industry.

Above all else, James was a man of faith and charity. He devoted countless hours to helping others and was an involved member of St. John Roman Catholic Church in Darien.

He served as a board member and treasurer of Pacific House in Stamford for nearly a decade, aiming to end homelessness in Lower Fairfield County. He was named their 2018 gala honoree in recognition of his commitment to the cause. His faithfulness to the Catholic Church and its charitable mission led him to be invested as a Knight of the Order of Malta in 2019.

James was a highly competitive athlete, always seeking his personal best. Whether on the tennis or paddle court, the baseball field, or even out for a leisurely jog on the street, James would never settle for anything less than first place.

He applied this attitude to his fight against ALS. From the moment he received the diagnosis, James was steadfast in his conviction that he would not let ALS defeat him. He dove headlong into the quest to find a cure.

Being in the unique position of having an identical twin, he and his brother contributed to research that will forever impact our understanding of this illness and ultimately lead us to the cure. ALS did not win this battle. James did.

James has gone too soon, but he leaves behind a legacy of faith, love, and good times that every one who knew him will never forget. He had a knack for making everyone feel that they were special and has changed countless lives with his loving presence.

He is survived by family he adored: his wife, DeAnne; his children, Addison and Jake; his parents, Donald and Joyce; his twin brother, Tom; and his sister, Elise.

James was an incredibly generous, caring, and fun-loving person. His infectious joy for life will be missed by all who were lucky enough to know him.

James’ wake took place at Lawrence Funeral Home in Darien on Sunday, Dec. 12, and his funeral the next day, officiated by Monsignor Powers at St. John Roman Catholic Church.