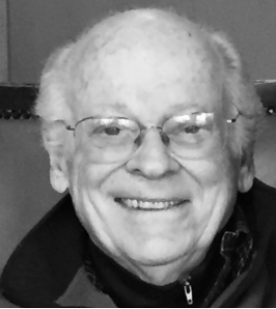 He was born in Brooklyn, New York on Sept. 29, 1929 and was the son of the late Jules and Lucille Yager. Upon graduating from Erasmus Hall High School and NYU, he earned his MBA from Harvard Business School.

He married Gertrude “Sue” Johnson in February 1960, and they lived in Manhattan for the early years of their marriage.

Hunter spent his entire career at Grey Advertising in New York City, where he oversaw accounts for Proctor and Gamble, General Foods and others. For decades he commuted from Darien and later from Greenwich to Manhattan by train, developing the ability to nod off just long enough to wake up in time for his stop.

He and Sue retired to Manchester in 1992, where he enjoyed painting, photography and model ship-building. He was involved with the village planning commission and the Manchester Music Festival.

— an obituary from Mahar and Son Funeral Home

Besides his wife, he is survived by his children: Leslie Yager of Greenwich; Andy Yager of Waitsfield, Vermont; and Phoebe Yager (Steve Schrodel) of Lexington, Massachusetts. He leaves three grandchildren: Graham Schrodel, Miles Schrodel, and Ella Dawson, as well as his dear dogs, Spanky and Lucy.

At Mr. Yager’s wishes, there will be no public funeral services. The family would like to acknowledge the staff of Bromley Manor for their compassionate care of Mr. Yager during his stay there.

They further want to thank Bayada Nursing for their services during this time. In lieu of flowers, consider making a contribution to the Alzheimer’s Foundation of America.

Guestbook condolences may be left at the funeral home website.