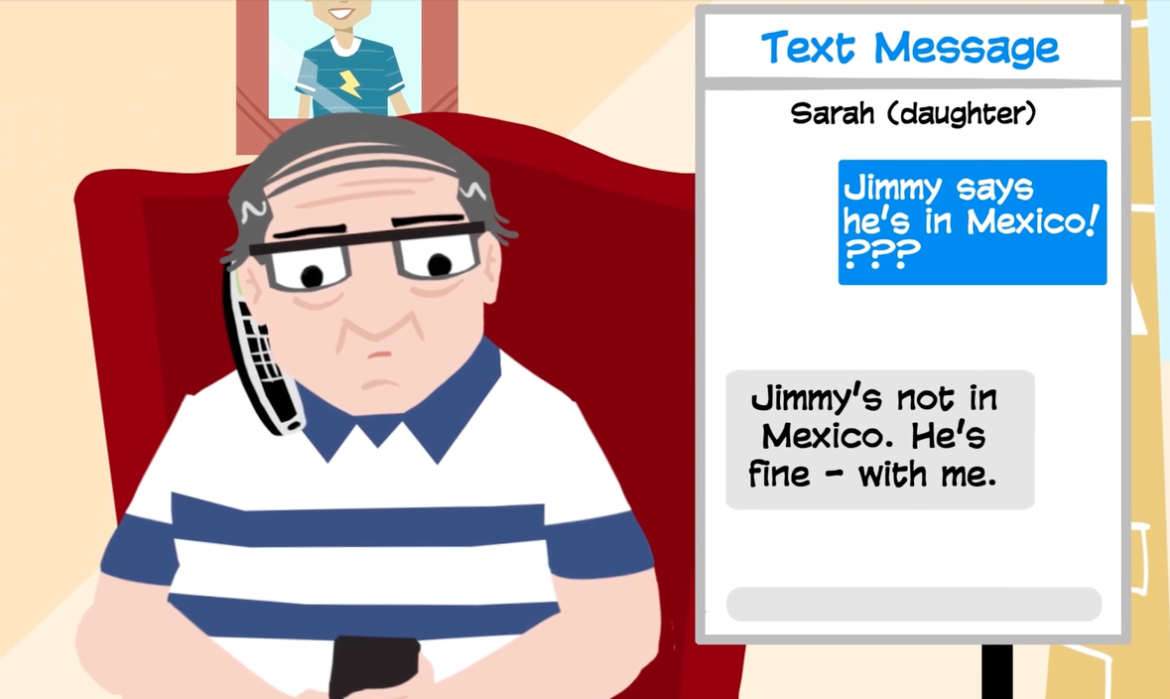 Image from an FTC video

If your relative can text a family member during the phone call, that can confirm whether or not a relative is, for instance, in jail in some far off place.

But the evidence also shows a thing or two everyone else can learn from them. Check out the sometimes surprising findings in this year’s report.

— This article is from the Federal Trade Commission’s Consumer Information blog. Leslie Fair is an attorney in the FTC’s Division of Consumer & Business Education.

Older adults were the least likely of any age group to report losing money to scams. The overwhelming majority of fraud reports filed with the FTC’s Consumer Sentinel Network by people 60+ didn’t indicate any monetary loss. What’s more, consumers in that age group spotted fraud and reported it before losing any money at nearly twice the rate of people between 20 and 59.

What that tells us. Even if they were able to spot scams before losing money, older consumers have heeded the law enforcement call to report fraud. Consumers of all ages can follow their example by reporting their scam stories at ftc.gov/complaint.

But when older consumers experience consumer fraud, their reported financial losses were greater than what younger consumers reported. Compared to 2017 numbers, reported median losses among consumers 60 and over increased, and the increase was particularly large for people 80+. 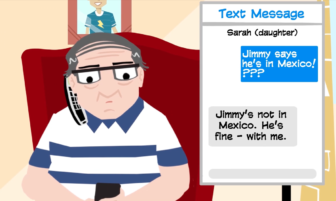 Image from an FTC video

If your relative can text a family member during the phone call, that can confirm whether or not a relative is, for instance, in jail in some far off place.

What that tells us. In addition to ongoing FTC law enforcement, sharing information with older consumers about scams is still very important. Exposed to Scams: What Separates Victims from Non-Victims?, a report from the FINRA Investor Education Foundation, the BBB Institute for Marketplace Trust, and the Stanford Center on Longevity, suggests that people are much less likely to lose money on a scam they encounter if they’ve heard about it before. So spread the word about scams you hear about in the news or from the FTC.

Even though older consumers are less likely to report losing money to scams, certain scams are more likely to strike them. For example, older adults were more likely than younger consumers to report losing money on tech support scams, prize, sweepstakes & lottery scams, and family & friend impersonation. Phone scams did the most financial damage. And while gift cards became the payment of choice for scammers, wire transfers still take the top spot for total dollars paid.

What that tells us. Rather than general reminders to “be careful,” offer older consumers targeted tips about tech support scams, bogus prize promotions, and scammers who impersonate family and friends. In addition, talk to older friends and family about specific strategies for reducing the number of unwanted calls and spotting when a phone fraudster is on the line. And tell older consumers within your circle that if anyone contacts them and insists on payment by a wire transfer or gift card, it’s a scam.

Protecting Older Consumers 2018-2019: A Report of the Federal Trade Commission includes details about the cases the FTC has brought to protect older consumers and includes links to new topics in Pass It On, an FTC resource you can use to help educate family and friends about fraud.