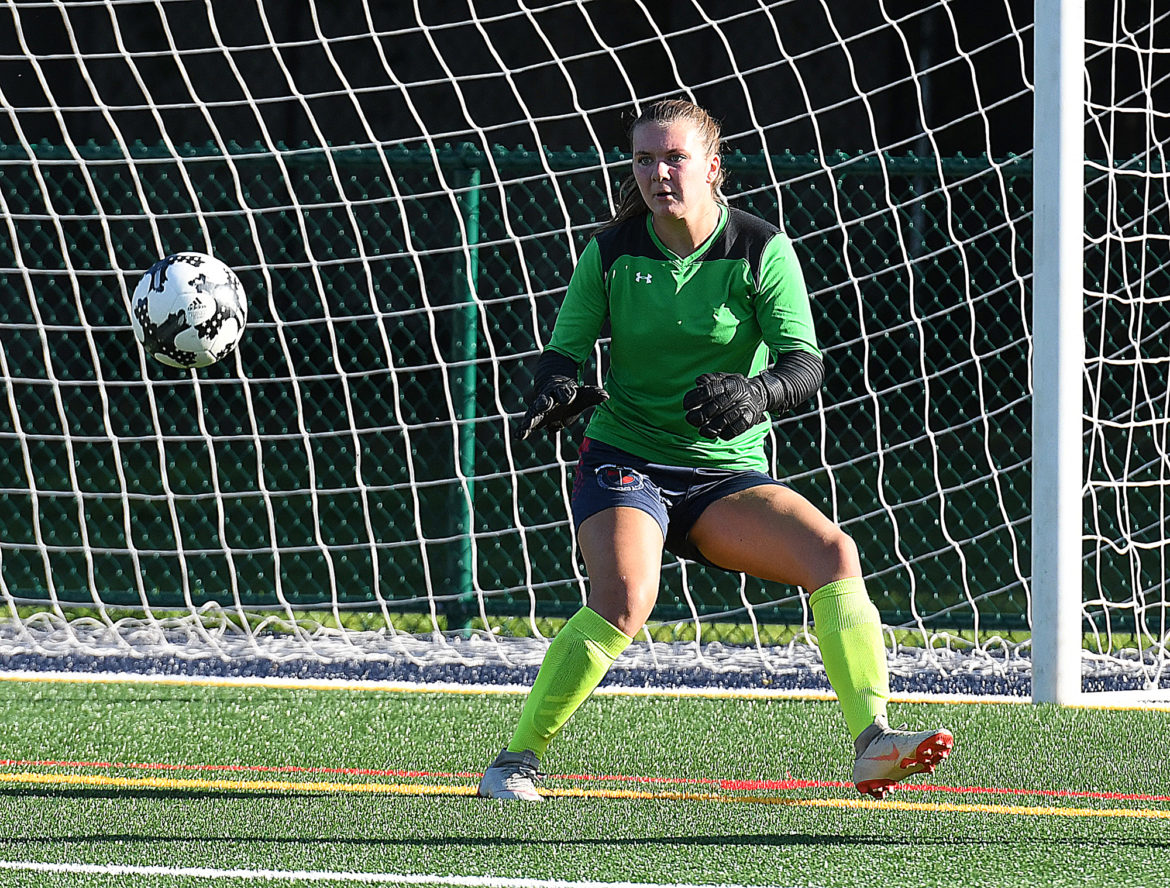 The Greens Farms Academy girls soccer team got its first win of the season to highlight the Dragons’ fall sports action last week. Players from Darien had prominent roles in a lot of the games.

Here’s a rundown of the week in sports at GFA, with Darien players’ names in boldface:

GFA battled tough with St. Luke’s early in the week as Lane Murphy (Darien) made 14 saves against the Storm to keep it close. St. Luke’s outshot the Dragons 15-10 en route to a 1-0 victory.

Its next time out, however, the Dragons went on the road to battle to a 2-2 tie with Cheshire Academy. 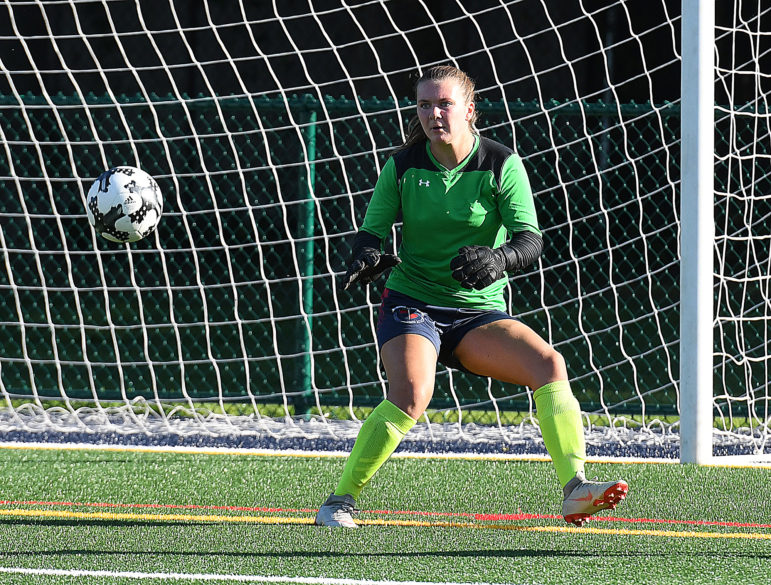 After a scoreless first half, GFA and Cheshire Academy exploded for four second-half goals to end up deadlocked.

The Dragons took a 1-0 lead when Annika White (Darien) found the back of the net, only to see CA score back-to-back goals for a 2-1 advantage.

The Dragons got the equalizer 13 minutes later to earn the tie. Ryan Boyle (Southport) scored the game-tying goal for GFA.

Murphy made six saves for the Dragons, who moved to 0-3-1 on the season.

GFA got its first win of the season with a six-goal offensive explosion on Saturday afternoon, posting a 6-1 win over Greenwich Country Day School.

Elyse Kimball (Westport) and Lauren Lior (Fairfield) scored two goals each while goalie Murphy and Emma Smith (Southport) added a goal each for the Dragons, who improved to 1-3-1. Murphy, who scored on a penalty kick, made seven saves in the game.

Boyle contributed two assists while Ava McCormick (Westport) also set up a goal for the Dragons.

One second-half goal doomed the Dragons who fell 1-0 to Hopkins at home on Wednesday afternoon.

Shots were almost even in the game with Hopkins holding a 14-11 edge.

Max Yates (Fairfield) made 10 saves in the game for the Dragons.

Missing five starters, the Dragons still out-shot Marianapolis Prep by a 18-6 count, but fell by a 3-1 score on the road on Saturday.

Marianapolis scored two of its goals on penalty kicks.

The GFA field hockey team continued its torrid start to the season rolling over Cheshire Academy by a 9-0 score.

The Dragons have outscored their opponents 20-0 while running their record to 2-0 on the season.

Keely O’Shea (Darien) added the hat trick with three goals while Autumn Bartush (Norwalk) had a goal and an assist. Laila Pina (Weston) added two assists to the winning effort.

Nikki Farber (Westport) made two saves for the Dragons, one in each half.

The Dragons rode a 17-8 shots advantage to a 9-0 win over King on Saturday.

Bartush scored four goals and notched an assist while Koskinas netted a hat trick with three more goals. O’Shea scored one goal and assisted on two more as GFA moved to 3-0 on the season.

Farber made eight saves to notch her third straight shutout.

On a viciously hot late September day that claimed a number of runners, the Greens Farms Academy cross country programs gutted it all out to bring home plenty of hardware from the 2019 Canterbury Invitational on Saturday.

Both the boys varsity and girls varsity teams finished third in the Division 2 race over the tough 5K course.

In the girls race, on the site where the Dragons won last year’s New England Division 3 championship, GFA put three runners into the top 10.

The Dragons just missed out on second place by a single point.

Earlier in the week, during the first FAA dual meets of the season, McCall finished second and Larson Palmgren posted a seventh-place finish to highlight the day.

The GFA volleyball team swept The Stormers 3-0 to open the 2019 season with a victory at the Coyle Gym on Monday afternoon.

Senior setter Meg Nesi (Fairfield) had 18 assists while Tess McCormick (Westport) had 9 digs and Jessica Cramer (Wilton) had six digs to lead the defense. Cramer also had four aces while Nesi had three.

Lily Lind (Fairfield) had 12 kills to lead the way for GFA, which slipped to 1-1. Nesi had 16 assists and five kills while Ewing had six kills. McCormick had seven digs while Cramer had six digs. Kelley Mooney (Darien) had five aces.