In the event, live-streamed on Dec. 11, Christopher performed in Amateur Group B, competing against 37 players from 13 countries. The competition was judged by professional pianists and college professors.

— an announcement from the Darien Public Schools Music Department 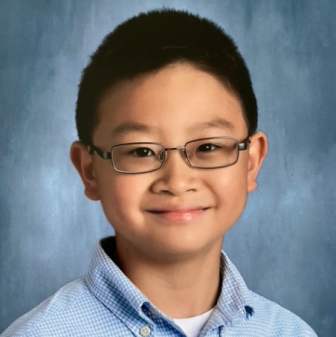 After performing in several preliminary rounds, he performed Golliwog’s Cakewalk by Debussy in the Grand Finals.  Christopher was awarded $200 in prize money.

He dedicated his performance and victory to his grandfather, who passed away unexpectedly in 2021. “My Grandpa is the most loving person I know,” Christopher said. “I know he can hear me whenever I play.”

This was Christopher’s first competition.  He has been studying piano for three years with piano teacher Li-Pi Hsieh.

Colleen Thompson, music director for Darien Public Schools, spoke with Christopher and his parents Eric Li and Anh Tang after learning about his victory.

They said Christopher first became interested in the piano after taking a keyboarding class at Darien Town Hall.

Anh noticed that after only a short time being exposed to the instrument, Christopher was playing beautifully on his keyboard at home. He has perfect pitch, and the uncanny ability to memorize music quickly. He practices between one and two hours a day.

Here’s a video of his performance:

He loves playing piano and is especially drawn to composers from the Romantic period like Debussy and Chopin.

Christopher is thankful for his music teacher at Hindley Elementary School, Mrs. Knapp, for inspiring him with the “beautiful music, songs and dances,” in music class every week. 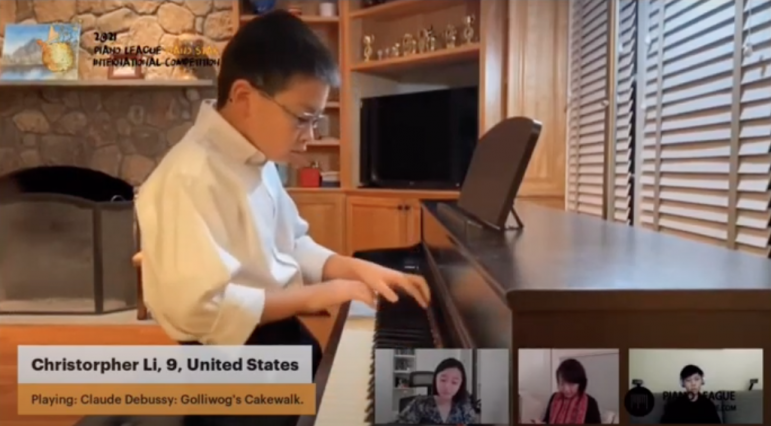 Image from the video of Christopher Li competing in the event.

He is also grateful to his violin teacher, Ms. Hanley, for teaching him the beauty of the violin and nurturing his musicality over the year, and to Ms. Minnis for giving him an opportunity to perform with the Advanced Chamber Orchestra at Darien High School over the summer.

In addition to playing piano and violin, Christopher enjoys playing tennis and chess, doing puzzles, and hiking with his mom. He looks forward to competing in more piano competitions and hopes to perform in his first live competition in Hartford in February.