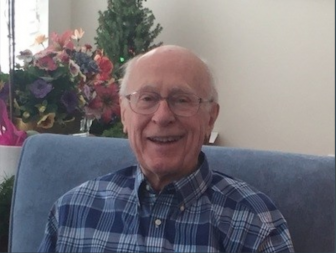 Harry Glaze Jr., 88, passed away April 10. His funeral will be held at a later date.

Born in Spokane, Washington, to Harry Smith Glaze and Augusta W. Glaze, he attended Stanford University, where he met the love of his life, Lynn Ferguson.

After changing his major from journalism to chemical engineering, Harry graduated in 1955 and then earned a M.S. from the University of Washington in 1957.

Harry and Lynn married that year and lived in Marin County while Harry worked at Chevron before returning to Stanford to obtain his MBA. The family then moved to Darien, in 1967, when Harry took a job at Conoco, later acquired by DuPont. They came to Wilmington in 1984.

Harry was an opera aficionado and an enthusiastic traveler. He and Lynn visited 120+ countries and his traveling was curtailed only by COVID restrictions. He also was involved in the community, having served on the boards of both Opera Delaware and Girls, Inc.

Those lucky enough to have known Harry admired his ever-positive spirit and his deep devotion to Lynn, exemplified by his sitting outside her nursing home window in a parka when in-person visits were not allowed.

Harry is predeceased by his parents and by his son Charles (1969 – 1991). He is survived by his wife, Lynn, his daughter, Catherine, and his daughter-in-law, Laura.

In lieu of flowers, the family suggests a donation to Christ Church Christiana Hundred to support its outreach efforts.

A memorial service will be held at a later date. Burial will be in California.

In lieu of flowers, the family suggests a donation to Christ Church Christiana Hundred to support its outreach efforts.

— an obituary from Chandler Funeral Homes and Crematory