One of the things that gave her away, according to police, was the phony I.D. that the 53-year-old woman was trying to use to withdraw $2,300 from a bank.

That I.D., like the account she was trying to withdraw the money from, had a man’s name on it. 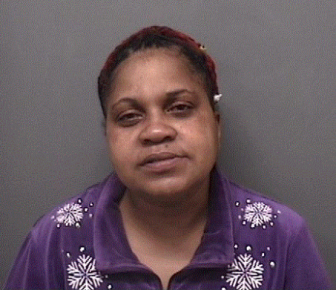 Banetta Grant 53, of Monroe Avenue in the Bronx, was charged with second-degree forgery and criminal impersonation.

Sometime before 4:24 p.m., on Wednesday, April 14, Banetta Grant, 53, of the Bronx entered TD Bank at 55 Post Road and tried to withdraw money from an account.

A bank employee became suspicious because Grant, a female, was trying to withdraw money under the name of the account holder, a male. Suspicions were only heightened when the ID that Grant provided had the account-holder’s name on it— and especially when Grant couldn’t answer basic questions from the employee.

Grant left the bank, but police were called and given a description of the vehicle she got into. Police spotted it and stopped it as the vehicle was getting onto the southbound lanes side of Interstate 95. Police identified Grant as the person they were looking for and arrested her.

Grant, of Monroe Avenue in the, Bronx, was charged with second-degree forgery and criminal impersonation. She was released on a written promise to appear in court and is due May 14 in state Superior Court in Stamford.