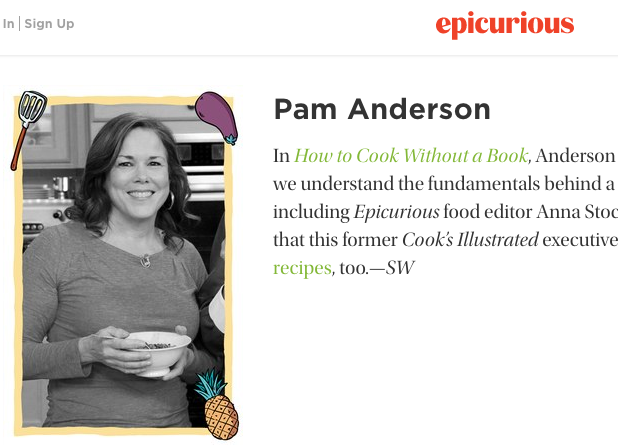 What’s up from all around town and a bit beyond — notable news notes:

An announcement from the Darien YMCA. Some changes starting Monday, June 19: 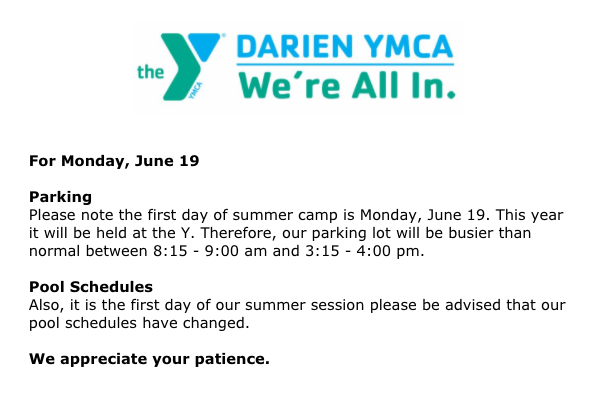 From an email sent Sunday, June 18.

Chef and author Pam Anderson of Darien recently was named by Epicurious magazine as one of the “100 Greatest Cooks of All Time“:

“In How to Cook Without a Book, Anderson reminded us that we don’t need a recipe once we understand the fundamentals behind a dish, an approach that many food writers, including Epicurious food editor Anna Stockwell find particularly inspiring. […]”

***
Know a college student coming home for the summer?

From the Darien Y newsletter:

Summer Break College Memberships are now available. Students can stop by our Front Desk to enroll or parents can pick up a membership form.

Students must present a valid photo college ID. The Y will waive the joiner’s fee if they are returning members, or if a parent is an active member.

Locally owned Maplewood Senior Living will begin construction of a 34-unit expansion for Maplewood at Darien in late summer 2017. 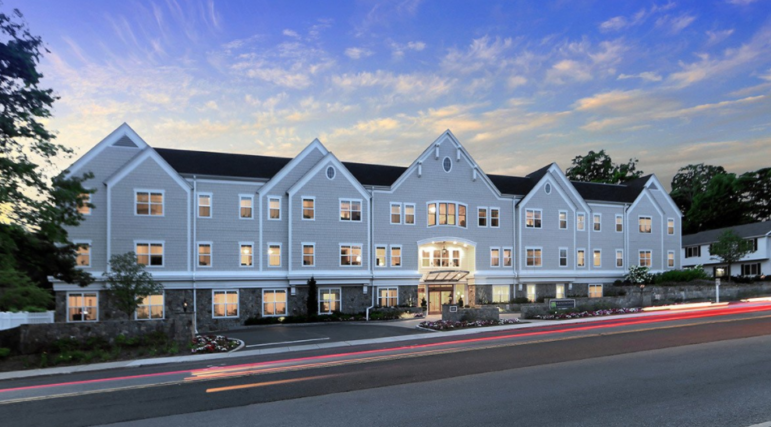 Maplewood at Darien’s building at the corner of the Post Road and Brookside Road. The building on the right is being torn down for the expansion.

The building next-door on the Post Road, already bought by Maplewood, will be torn down. The addition will expand Maplewood from its current 66 units to 97. Maplewood provides housing and services for seniors who need either traditional assisted living or memory care.

The company has also bought a 27-acre parcel in the Southport section of Fairfield where it will build Maplewood at Southport, a similar facility with three stories and 98-units. 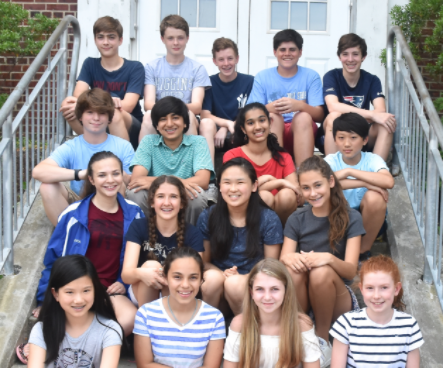 They scored high enough to qualify for CTY’s Intensive Studies Programs and also scored higher than 70% of college-bound seniors who took the same test.

They were part of a larger group of interns helping professional educators teach the science of Long Island Sound to elementary and middle school students from 13 elementary schools across the region. 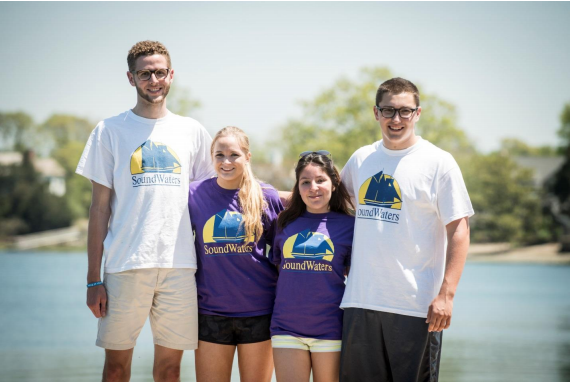 Photo by Mike Bagley of SoundWaters

“I enjoy helping the students, but I’m also learning a lot about Long Island Sound myself and how a nonprofit works,” said Brooke Dirvin, who will be attending the University of Richmond in the fall.

The interns helped students in classrooms, labs, on the beach and with field work in boats on Holly Pond.

“Our interns develop their job and leadership skills on a daily basis as they perform scientific experiments, aquarium maintenance and assist with our STEM programs, reaching over 100 students each day,” said Alisha Milardo, SoundWaters vice president of education.

Person-to-Person recently received $1,500 from the Westport Woman’s Club, which has supported the Darien-based charity for the past several years.

The grant will be used for the Emergency Assistance Program, which provides a supplemental safety net to clients who come to P2P with an immediate need plus casework services to help clients work toward stability.

Summer is when food donations for Person-to-Person‘s food bank are at their lowest, and the rain that fell during the annual letter carriers’ food drive this year meant lower donations than normal. 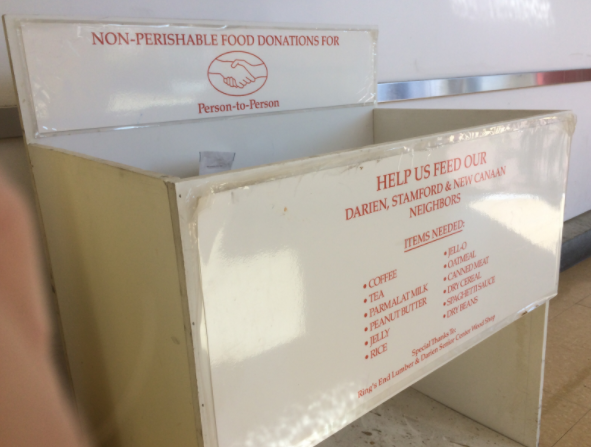 A Person-to-Person donation box. There’s a list of items frequently needed right at the front (don’t strain your eyes, we did that for you and have the list below). You can find these boxes near the exits at Palmer’s Market and both Darien Stop & Shop supermarkets.

You can help by putting some extra cans or other non-perishable food in your cart at the supermarket and remembering to drop them off at the P2P box near the exit. Both Stop & Shop supermarkets in town, along with Palmer’s Market have the boxes near the door.

P2P recently encouraged people to donate “products that are low in sodium, saturated fats and other additives.”

You can also drop off donations at the P2P headquarters on the grounds of St. Luke’s Church, 1864 Post Road. 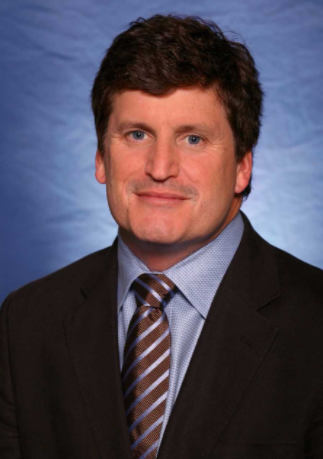 Peter McDonough of Darien is joining the board of directors of  The Pi Group, an executive search and consulting firm for consumer goods companies. The company has offices in Darien and New York City.

McDonough most recently was president, chief marketing and innovation officer for Diageo, where he was tasked with overseeing the North America spirits industry’s largest portfolio of brands. Previously, he led marketing organizations at Procter & Gamble, Gillette, and Black & Decker.

In his spare time, he climbs mountains:

We can’t help saying it: The Pi Group no doubt hopes he’ll help them reach new heights in their industry. 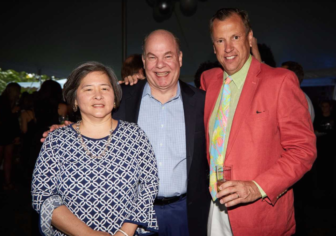 From left: Marianne and Will Barnum with Greg Willis at the benefit.

On June 2, Family Centers took more than 450 guests back to the Disco Era for its “Friday Night Fever” benefit at a Greenwich home. Inside the tent, a massive dance floor, black and silver decorations, lounge-style seating and a ceiling full of mirror balls set the nightclub vibe.

“Hippies and Harleys,” Family Centers’ largest fundraiser of the year, raised more than $815,000 for the agency’s human service, health and education programs that serve more than 23,000 Fairfield County residents each year.