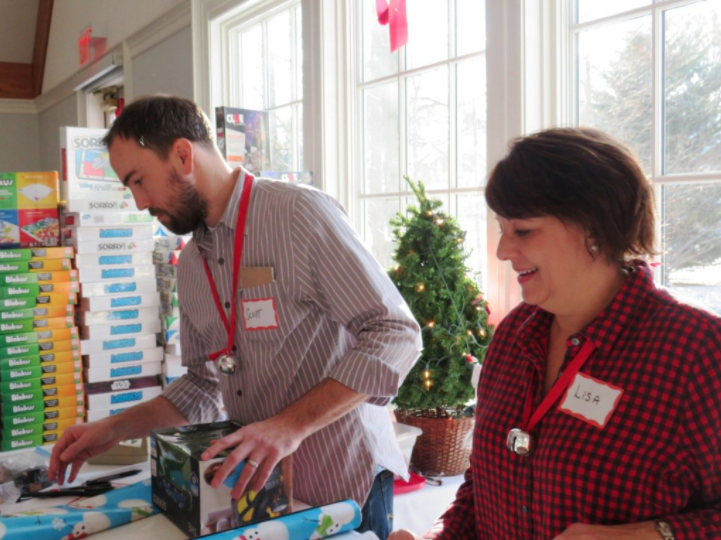 Here’s the low down on what’s up around town: 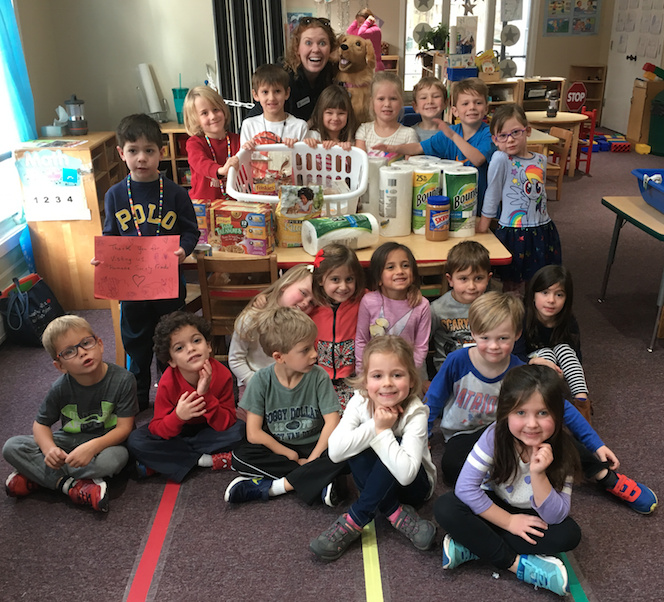 Elizabeth Merow (from the Connecticut Humane Society) and Pre-K students at Methodist with the items they collected to donate to a local animal shelter.

Through games and interactive exercises, the children learned about the preferred foods and habitats of different animals, and how each like to be touched and cared for.

To thank Ms. Merow for spending time with them, the class presented her with items to be donated to pets at a local animal shelter. “This was such a special event for our students, from start to finish.

They worked so hard to collect items from the Humane Society’s Wish List, and then were rewarded with such an engaging and educational experience. We are so grateful to Beth for visiting us,” said Laurie Anderson, MFCP Director. 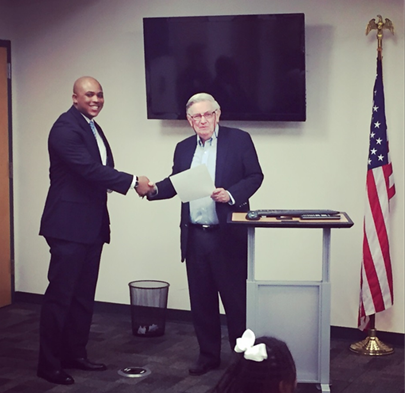 Eric Holder was sworn in as a probationary police officer. Afterward he was congratulated by Police Commission Chairman Paul Johnson.

The Darien Police Department has welcomed its newest member after Paul Johnson, chairman of the Police Commission and Chief Ray Osborne swore in Eric Holder as a probationary police officer.

Holder was born and raised in Brooklyn, N.Y. and graduated from Loughlin High School in 1996.  He earned vachelor’s degrees from Lincoln University and the Empire State College. 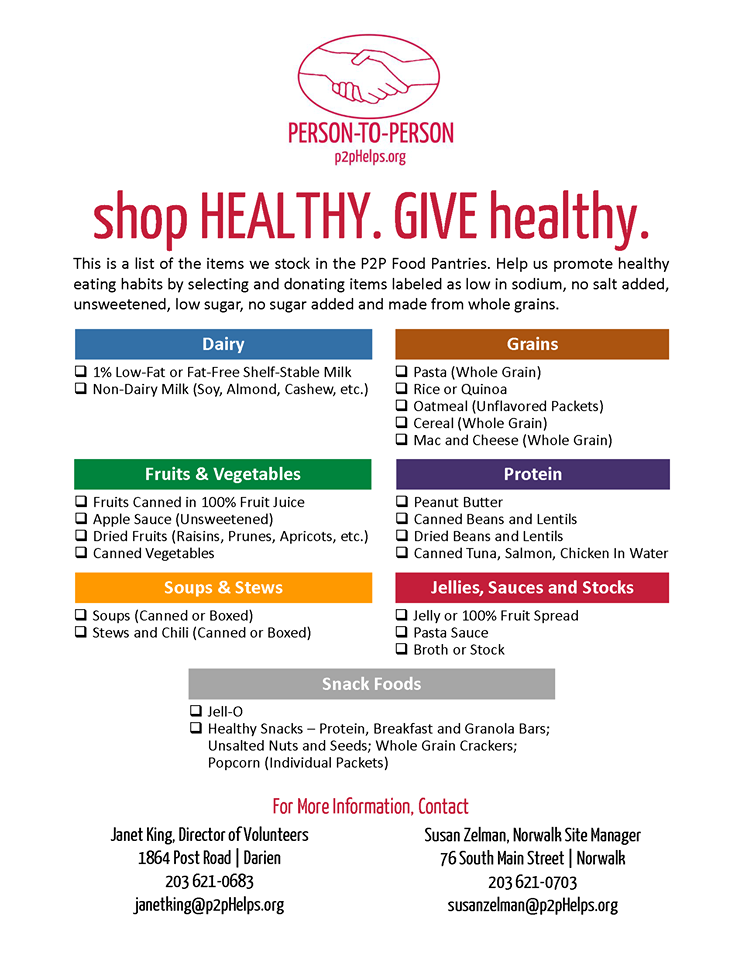 The TD Charitable Foundation awarded a $5,000 grant for the Person-to-Person Emergency Assistance Program.

TD Bank, through the TD Charitable Foundation, carries a legacy of supporting not-for-profit institutions and their important work throughout the region. In the award letter, Connecticut Market President Michael J LaBella wrote, “We believe that organizations such as yours play a significant role in sustaining vibrant and thriving communities.”

Tori Barnett, Jay Bennett and Emily Kroenlein have joined the Darien Library Board of Trustees. 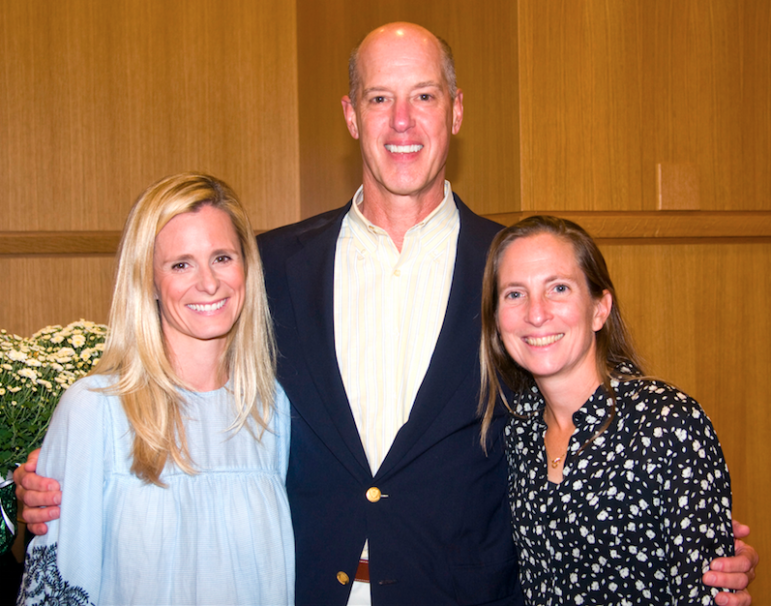 Newest members of the Darien Library Board of Trustees

Tori Barnett is the wife of Andrew Barnett and mom to Turner, Charlie and Sutton. She graduated from the University of North Carolina at Chapel Hill and previously worked for The Heritage Foundation.

Prior to moving to Darien, Tori worked for ABC News, 20/20 and did consulting work for various authors, speakers and writers. Previously, Tori served as the co-chair of the Darien Library annual fundraiser as well as the board chair for Noroton Presbyterian Nursery School. She is currently the teaching director for Community Bible Study, New Canaan/Darien.

Jay Bennett and his wife Mary have lived in Darien for 30 years where they raised their four children: Eliza, Courtney, Jack and Ellie. Jay is a Managing Director and Partner for Greenwich Associates. He leads the firm’s equity practices, works with clients’ senior equity management teams across the US, Canada, UK and Hong Kong.

Emily Kroenlein lives in Darien with her husband Rob Schlein and three daughters, Elizabeth, Beatrice and Eleanor. Previously, she worked at Sullivan & Cromwell in mergers and acquisitions in their New York, Paris and London offices before switching to a corporate path at Diageo PLC in London. 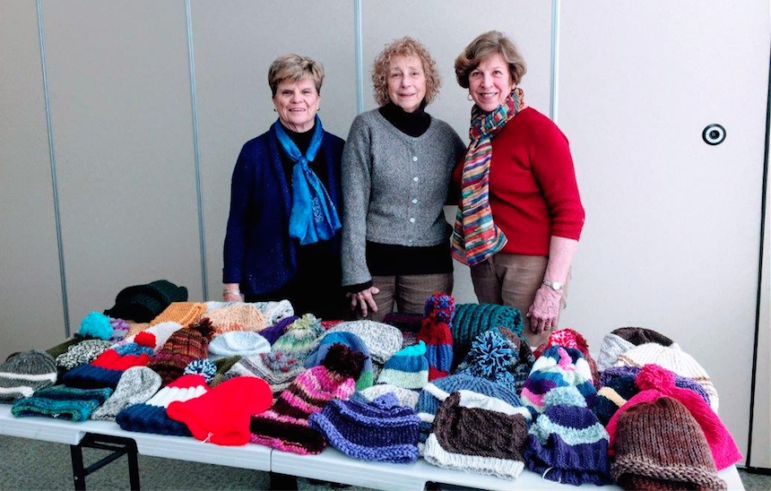 The Darien Senior Program Knitting and Crochet Group donated dozens of winter hats, scarves, and mittens to the Darien Human Services Department for residents in need of a bit of warmth this winter.

The 23rd Annual P2P Holiday Toy Store attracted a slew of volunteers giving gifts and time to help clients of Person-to-Person have a merrier Christmas. You can see joy in these pictures, over and over again: 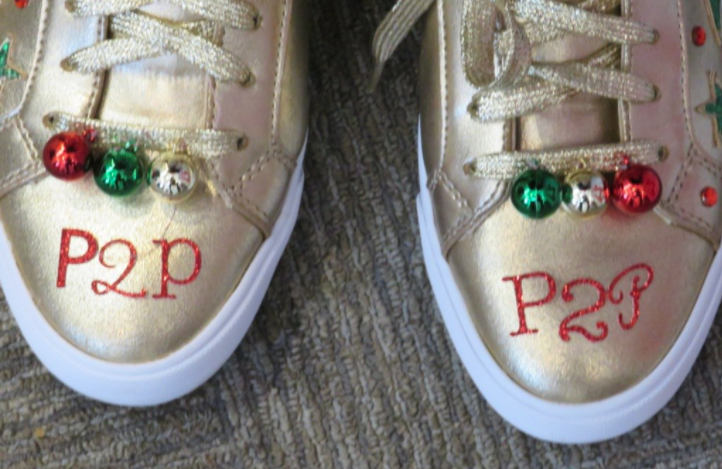 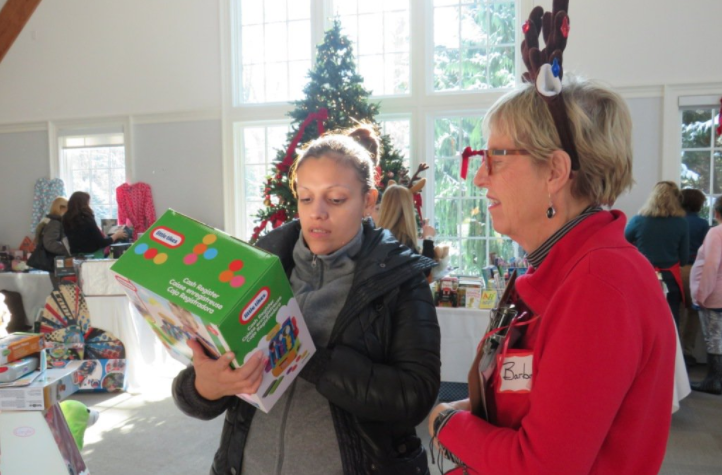 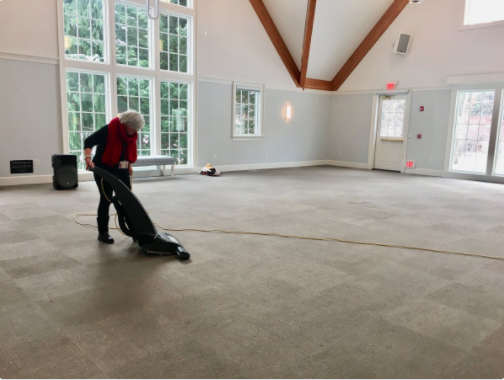 By Saturday, Dec. 16, it was all over. P2P thanked all who helped — the committee, the donors, the volunteer elves and the staff.

Nicholas deSpoelberch of Darien gave a very moving talk last year at a Town Hall forum on the opioid epidemic. He spoke recently at a forum sponsored by Forbes magazine:

“I’m here today because a lot of people helped me to get better,” he said. “I wanted to express the pain and the hopelessness one feels in this addiction, but that there’s hope, too, and there’s a lot of resources out there.”

He now works with teenagers who are addicted to heroin. “It’s a disaster,” he said. “We need as much help as we can get.”