Gregory Baxter Siegner, 63, of Green Cove Springs, Florida and formerly of Mt. Airy, Maryland, passed away on May 11 at Acadia National Park, Maine. 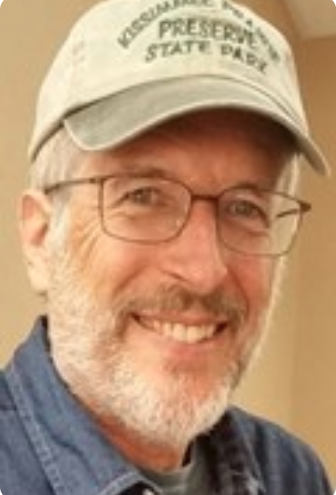 Greg was born Nov. 25, 1955 in Niagara Falls, New York. He was predeceased by his parents, Robert and Janet Baxter Siegner.

Greg graduated from King School in Stamford and the College of William and Mary. During his career in geology he was employed by RK&K Engineers in Baltimore, and EMCON in Burbank, California and Anchorage, Alaska.

He was married June 6, 1981 in Frederick, Maryland to Kathleen Anne Hoover. Greg is survived by Kathleen; his daughter, Kaylin Siegner Lewine,; her husband, Eli Lewine; and granddaughter, Rhen Lewine.

In 2012 he retired and traveled in North America with Kathleen in their RV, volunteering in Maine, New Hampshire, Florida, Kentucky, Virginia and Washington.

— This obituary previously was published in the Baltimore Sun and other newspapers.