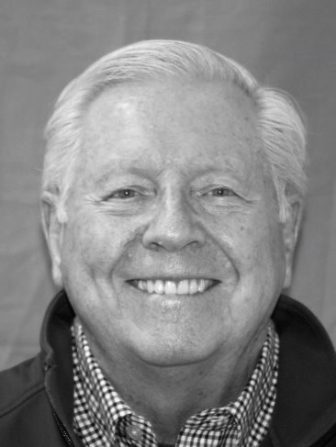 He was born in Hartford on May 26, 1941, to the late Ralph Earnest Osberg and Rita Doiron Osberg.

Glen graduated from East Hartford High School in 1959 and went on to attend Norwich University in Northfield, Vermont, receiving a B.A. degree in government in 1963. That same year, he joined the U.S. Army as a 1st lieutenant and served two years in active duty and four years in the reserves.

He met his wife, Linda “Lindy” Harper, while in college, and they married on Oct. 17, 1964, in Shaker Heights, Ohio. Glen had a 44-year career at IBM where he held various leadership positions focusing on international manufacturing and asset/inventory management; he retired in 2011.

As an avid reader, writer, historian and life learner, he was never short for words and loved spending time sharing stories with friends and family. Whether you knew him for years or mere minutes, Glen knew how to make you laugh with his quick-witted humor and light-hearted nature.

He was a very proud husband, father and grandfather. If he wasn’t on a boat on Long Island Sound, you could find Glen cheering from a sideline or applauding in an auditorium for one of his many grandchildren.

He was passionate about all sports, but when it came to fishing, it was more like a devotion. “The Old Man and the Sea,” as Lindy often referred to him, lived by the adage, “A bad day of fishing is better than a good day at the office.”

Glen was a loyal, longtime supporter of the Blue Wave Athletics program and a member of the Darien YMCA.

A Memorial service will be held at 3 p.m., Saturday, Feb. 8 at the First Congregational Church of Darien.

In lieu of flowers, please make donations to the Alzheimer’s Association with Lindy in your thoughts.