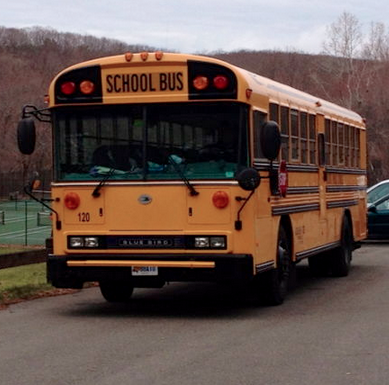 A 12-year-old Darien girl who was crossing the Post Road received scrapes and bruises when she was hit Tuesday by the passenger-side mirror of a pickup truck as the driver looked down at a ringing phone, Darien police said. 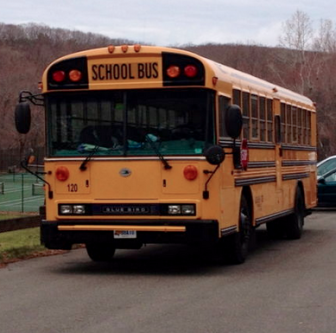 The driver, a 35-year-old Rowayton man, fully co-operated with police and stayed at the scene until police came, police said. He was issued an infraction ticket charging him with failure to stop for a school bus (which carries a $465 fine) and distracted driving (a $150 fine). He can either pay the tickets or contest one or both in court.

Here’s how police described the incident (including accusations against the driver that have not been proven in court):

At 4:10 p.m., Tuesday, the school bus had just let out students on the south side of the road, facing east near the intersection of the Post Road (U.S. Route 1) and Outlook Drive. The school bus lights were flashing, and its external stop sign was deployed.

The girl, a Middlesex Middle School student, had just left the full-size bus and was crossing the Post Road to the north side while the 2015 Chevrolet Colorado pickup was headed east in the left lane. The girl was struck by the passenger-side mirror of the pickup.

She was taken to an area hospital for evaluation.

Police on Wednesday issued this statement about the accident:

This incident clearly demonstrates the inherent dangers of distracted driving and the potential consequences for all involved.

Update, 3:07 p.m. — Here’s an email Middlesex Middle School Principal Shelley Somers sent to school parents last night. [Editorial: We’ve said it before and we’ll say it here: There is no earthly reason (or heavenly, either) why emails sent to all parents of a school or to all parents with students in the school district should not also be sent to news organizations in town. Immediately. No. Reason. Whatever.]:

Good evening. There was an accident involving an MMS student on the Post Road this afternoon. Although she is okay, one of our 7th graders was hit by a car as she was crossing the Post Road after exiting the late bus.

The bus had its sign out and lights on, and the student paused to look both left and right. Her mom feels that had she not taken this extra few seconds, she would have been further into the road, and thus more seriously injured.

She asked me to have you remind your children to always look before crossing. The student thought all was clear, so she took a step and was struck by the mirror of a car that did not stop for the bus.

Our student was transported to Stamford hospital and treated for cuts and scrapes. I am so happy to report that she was released this evening. She was shaken but brave, and did give me a smile when I excused her from all homework. Have a good night.

3 thoughts on “Girl, 12, Gets Minor Injuries in Vehicle Accident After Driver Looks Down at Ringing Phone”