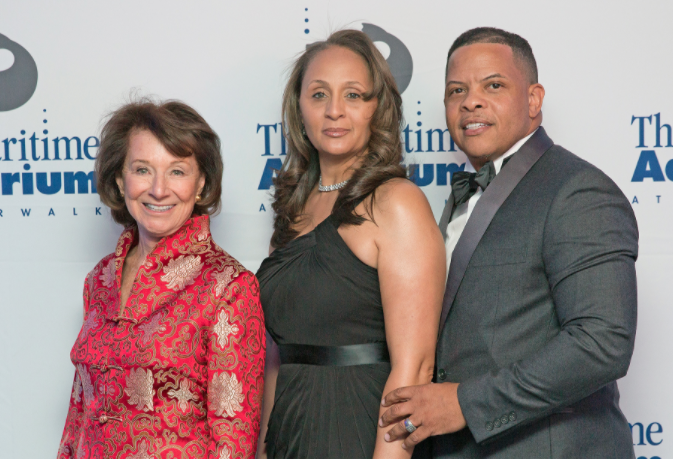 Ann Gilmartin of Darien, left, with Drs. Andrea and Brian Davis. Gilmartin is a former Aquarium trustee. Brian Davis is president of the Maritime Aquarium.

More than $720,000 will be available to help present The Maritime Aquarium at Norwalk’s environmental-education programming to students in the tri-state area, following the Aquarium’s “Cirque de la Mer” fundraiser on April 20. 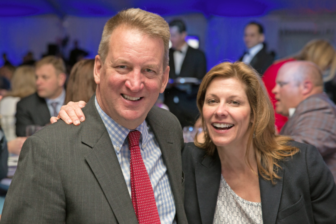 The annual gala replenishes a scholarship fund that helps to make the Aquarium and its unique marine-science and environmental-education programs available to schools in the tri-state area regardless of their ability to pay.

Proceeds are used toward financial assistance for schools’ admissions, IMAX movies and programs conducted at the Aquarium and in schools through Traveling Teacher presentations, as well as toward supporting the promotion of the Aquarium’s educational and conservation messages. 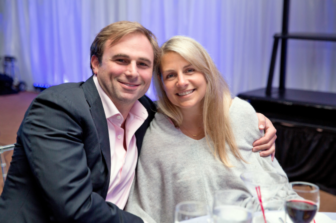 All photos from Maritime Aquarium

Timothy and Lauren Stisser of Darien

Of the $724,250 raised during “Cirque de la Mer,” $106,000 was generated during a “paddle raise” specifically to help schools meet the costs of buses for Aquarium field trips.

More than 400 guests attended this year’s gala, which featured cocktails in the Aquarium galleries and an elegant sit-down dinner, and silent and live auctions.

The highlight of the evening was the presentations of the Aquarium’s 18th annual Red Apple Awards, which honor companies, organizations and individuals who share The Maritime Aquarium’s concern for the natural world and environmental education. 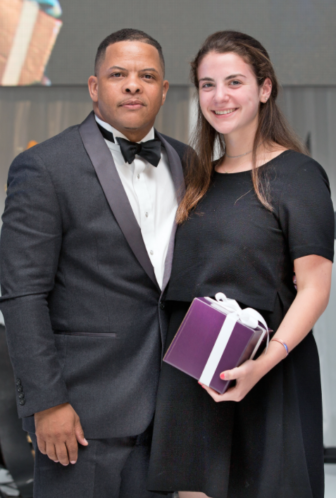 The 2017 recipients are Aquarium Trustee Clay Fowler, of Norwalk-based Spinnaker Real Estate Partners, and global insurer XL Catlin, which donated generously toward the Aquarium’s unique new hybrd-electric research vessel, as well as to its solar-panel initiative and Corporate Volunteer program.

Also presented was the inaugural Red Apple Seedling Award to Elena Levin of Westport in appreciation for an animated video she and friends made for the Aquarium about water conservation.

The new Seedling Award will celebrate conservation and/or environmental efforts of young people. 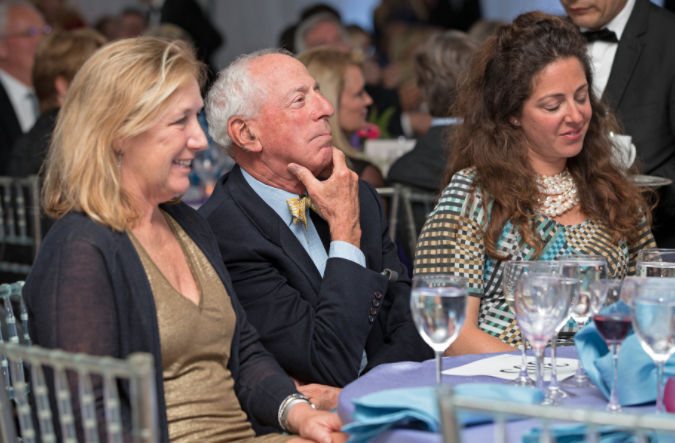 Photo from the Maritime Aquarium permalink

From left, Andrea Kostanecki of Rowayton and Richard and Lauren Hokin, both of Darien 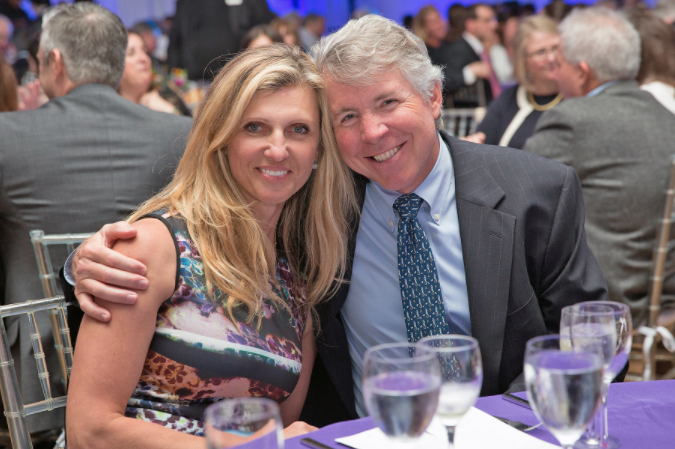 Oksana Quirk of Greenwich and Sam Fuller of Darien

Photo from the Maritime Aquarium permalink

Ann Gilmartin of Darien, left, with Drs. Andrea and Brian Davis. Gilmartin is a former Aquarium trustee. Brian Davis is president of the Maritime Aquarium.

Elliott Bundy, a managing director of XL Catlin, accepts a Red Apple Award on behalf of the global insurer. Presenting the awards (from left): Davis and the co-chairs of the aquarium’s Board of Trustees, Michael Widland and Rob Rohn of Darien. 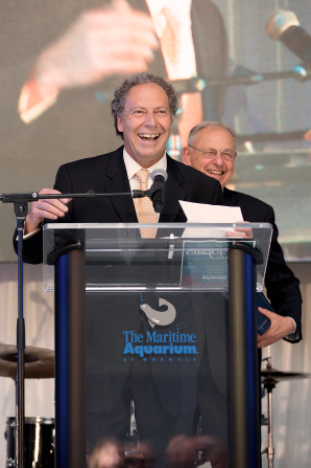