Gillet Lefferts Jr. of Rowayton, formerly of Darien, passed away peacefully at home on March 30. He was 97 years old. 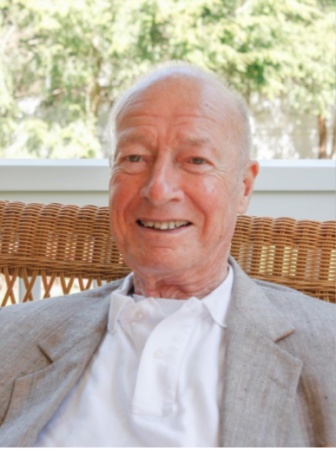 Gillet Lefferts Jr., 97, passed away March 30. His funeral will be livestreamed on Tuesday, April 6.

Gil was born in Turtle Bay, New York on May 6, 1923, raised in New York City. He attended The Allen-Stevenson School and Deerfield Academy. A proud member of the Class of 1945, he graduated from Williams College in 1947 and earned his degree in architecture at Princeton University in 1950.

He began his career in architecture at a firm that became Hutchins, Evans & Lefferts. More than 50 years later, he joined William A Hall Partnership as a consultant. At the age of 88, he retired and suspended his 57 years as a Metro-North regular.

A New Yorker at heart, he raised his family in Darien, a volunteer and active member of the local community on Planning & Zoning, the Board of Selectmen, at Saint Luke’s Episcopal Church, the Darien Library, ABC in Darien, Person to Person, and Darien Nature Center.

He brought his reserved dry wit, impeccable common sense, unwavering dedication, deep compassion, and selfless humility to all his endeavors.

Gil was predeceased by his wife of 60 years, Lucia “C.C.” Hollerith Lefferts, and his daughter, Helena “Boo” Gillet Lefferts.

We accept Gil’s passing as part of life; and hope you will join us in celebrating his life, lived well.

A livestream service for Gil can be viewed Tuesday, April 6, at 11 a.m.

In lieu of flowers, donations can be made in his memory to the Darien Nature Center, 120 Brookside Road, Darien, CT 06820.