Six student athletes from Darien are among the 20 swimmers in the Chelsea Piers aquatics program in Stamford who will be swimming competitively in college this fall, the sports and fitness club announced.

— an announcement from Chelsea Piers in Stamford

The student-athletes who will pursue a career in NCAA athletics next fall include: 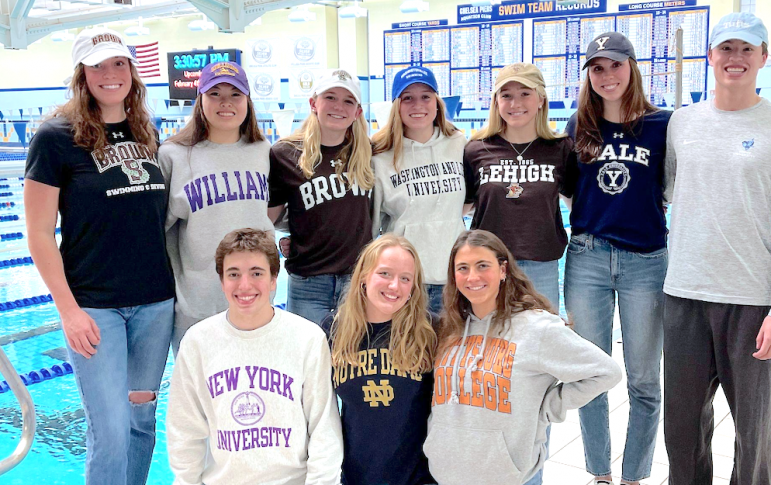 “To have such a large percentage of our senior swimmers be recruited to compete at these world-renowned institutions is a testament to their hard work and dedication,” said Kevin Burton, athletic director of Chelsea Piers Connecticut. “They are true student-athletes and the embodiment of the greater Chelsea Piers athletics community.”

“To see that list of CP-AC swimmers attending that group of schools is incredible. It is evidence of the culture and history of success that Chelsea Piers has created for its swimmers” said Aaron Montgomery Chelsea Piers Aquatics Club’s senior assistant coach. “I cannot wait to hear of the experiences and successes at the next level.”

About the Aquatics Program

Chelsea Piers Athletic Club in Stamford is the home of Chelsea Piers Aquatics Club (CP-AC), which offers opportunities for all levels of swimmer from the 7-year-old beginner to the 18-year-old national qualifier.

In its news release the club said: “Every aspect of a swimmer’s career is considered, including but not limited to: nutritional education, mental approach to training and racing, dry land exercise (including injury prevention circuits and strength & conditioning routines), and a strong emphasis on technical proficiency in the water.”

The announcement from Chelsea Piers initially said Ryan Roberts, one of the students, was from Riverside (a section of Greenwich), but now says Roberts is from Darien, so we’ve added him to the list.

Darienite Kelly Dolce’s name was inadvertently left out of earlier versions of this article. (This one was Darienite.com’s mistake.)