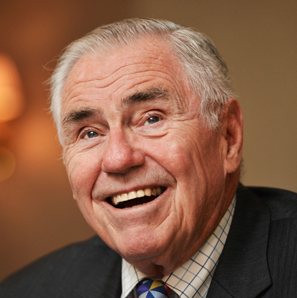 Ambassador Donald Gregg will talk about the challenges facing the Korean peninsula, its impact on neighboring U.S. allies in the Asia Pacific region and what policy options exist for the current administration on Wednesday, April 11 at the Darien Men’s Association.

Gregg also will share his thinking on the world situation based on his unique background as a top diplomat and CIA intelligence operative for 25 years.

— an announcement from the Darien Mens Association

He graduated from Williams College in 1951 and joined the CIA, where, over the next quarter century, he was assigned to East Asian countries.

He was seconded to the National Security Council staff in 1979, where he was in charge of intelligence activities and Asian policy affairs. Upon his retirement from the CIA, he was awarded the Distinguished Intelligence Medal.

In 1982, Gregg was asked to be national security advisor by Vice President George W. Bush, and, over six years, traveled to 65 countries. He also served as a professorial lecturer at Georgetown University, teaching a graduate level workshop entitled Force and Diplomacy.

In 1989, Gregg began service as the U.S. Ambassador to South Korea. He retired from his 43-year government career in 1993.

Today, he is chairman emeritus of the Korea Society in New York City and is chairman of the Pacific Century Institute.

He is actively working to establish normal relations with North Korea and has visited the country six times.

His talk starts at 10:45 a.m. and is open to the public guest passes are available at the membership desk just outside the meeting room.