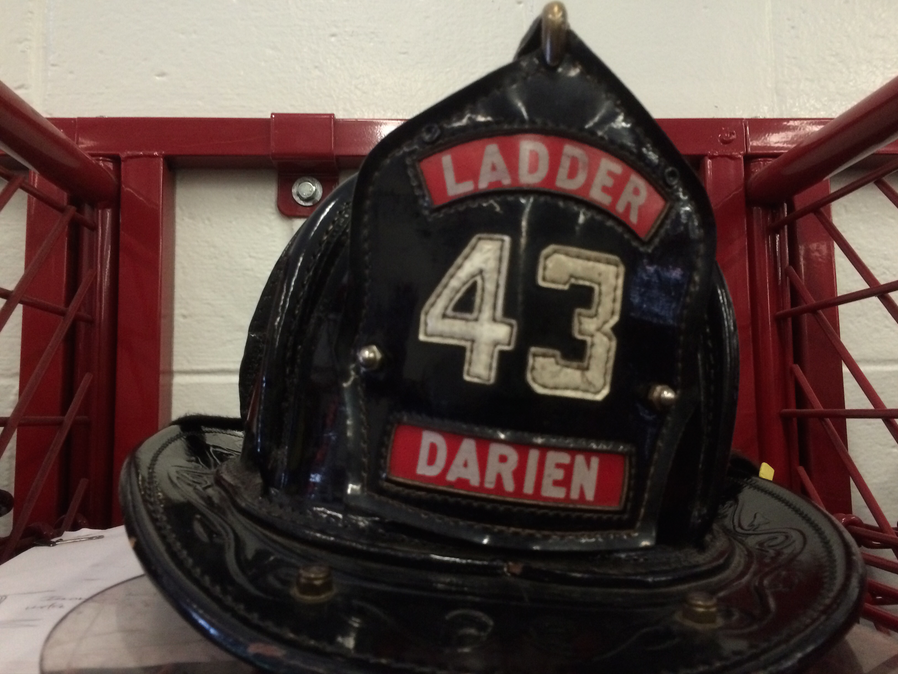 Members of the Board of Selectmen recently discussed whether or not to increase the fines for false alarms as one way to reduce the number of times the loud horns blast downtown to call volunteer firefighters.

Reducing the number of false alarms would also help the volunteers by reducing their wasted time, selectmen said at a board meeting.

No specific proposal has been drawn up, but the subject is expected to come up again at a future meeting, after more information has been gathered.

“There seems to be a fair number of false alarms and a number of significant repeat offenders,” First Selectman Jayme Stevenson said. “So I think we might be able to make some good change if we readjust our fee schedule.” 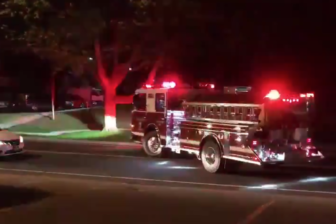 Image from a video by Noroton Heights Fire Department on Twitter

A Noroton Heights Fire Department engine leaves the station. For every true and false alarm, volunteers rush to the station, town equipment rushes through town and some neighbors hear the sirens, the horn or both.

“A high proportion of alarms are false alarms […] which is unnecessary noise,” Selectman Marc Thorne said.

“—We’ve got a lot of expensive equipment tearing around the town, and for repeat offenders — that’s just really not right,” Thorne said.

A total of 55.4% of fire calls were false alarms in the 2018-2019 fiscal year, Town Administrator Kate Buch said. Of the total of 191 false fire alarms, 70 were at addresses where fire engines have been called to more than once, she said.

The repeat offenders sometimes had two false alarms in the same time period, others had more, including at least one that had eight false alarms at the same address, she said.

The Police Department wasn’t able to provide the number of false burglar alarms going to just that department, Buch said, but she expected to get those numbers  later.

Selectmen might want to consider raising even the fee for the first offense, she said.

“The impression I got from them [fire and police officials] is they felt that people were not, ah, overly concerned about the false alarms — that the fine was no longer a deterrent that it had once been,” Buch said.

When a false alarm is signaled to the police station or to fire officials, the owner of the property pays a fine of $100. Stevenson said she thought some kind of graduated scale of fines would be a good idea, with fines charged to a property owner increasing for each new false alarm at a particular address.

Selectman Pamela Sparkman suggested that if the town gets more money from false alarm fees in the future, it spend it on educating the public about false alarms. Fire officials “said that they would be willing to assist with public education,” Stevenson said.

Raising the fees might raise more revenue for the false alarm funds, either as an alternative to or along with fewer false alarm calls. Buch said she didn’t believe collection agencies were used for unpaid false alarm bills.

Sparkman asked whether the town might do things like refuse beach passes to those who hadn’t paid their overdue fire alarm fees. Buch said she’ll look into it.

State law mandates that local fire commissions and police commissions have sole discretion over spending the money, and it must be spent on improving fire services or police services.

Stevenson recently spoke with fire officials about how the loud fire horn downtown might become less irksome to people who live in the neighborhood.

Earlier, during the Sidewalk Sale Days, Stevenson was approached by a downtown resident who was concerned “about the town discriminating against people who lived in the downtown corridor,” she said.

“They were the ones subject to the repeated noise from the fire horn. So I appreciate the fire departments’ potential willingness to work with us to reduce the noise.”

The issue has been around for years, Stevenson said, and the town has bought a variety of communication systems to notify volunteers of fire alarms. Fire officials still believe they need the horns to effectively notify more volunteers.

“We are nog looking to compromise in any way our volunteer fire response,” Stevenson said. “Safety and security is the No. 1 priority, and we’re just hoping to find a compromise that improves the quality of living  but keeps a solid system for emergency response.”