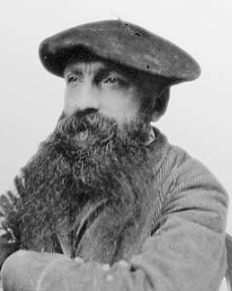 Join Larissa Bailiff at the Darien Library next Tuesday, Sept. 19 at 7 p.m. for a talk exploring the life and work of French sculptor Auguste Rodin.

This year marks the centenary of the death of the artist responsible for creating such iconic works as The Gates of Hell, The Burghers of Calais, The Thinker, and The Kiss.

— an announcement from Darien Library.

The occasion is being commemorated with exhibitions around the world, including one opening in mid-September at New York’s Metropolitan Museum of Art. 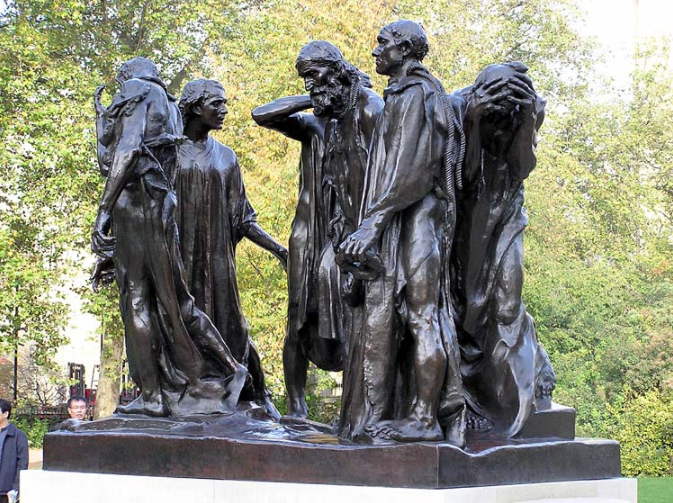 Photo by Adrian Pingstone (and posted on Wikimedia Commons)

The Burghers of Calais by Auguste Rodin, in Victoria Tower Gardens, London, England (there’s another copy in the Metropolitan Museum of Art). Under French law no more than twelve casts of this piece were permitted after Rodin’s death. The London casting, purchased by the British Government in 1911, is one of those. Rodin often duplicated parts of his statues. For example two of the heads on this grouping are identical and a third only slightly altered. Some of the hands are used twice.

Throughout his career, Rodin was a lightning rod for controversy and gossip — both personal and professional. 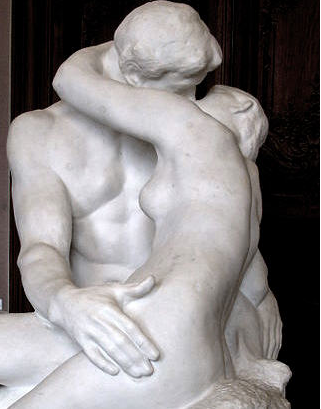 Fueled by a fertile and impassioned imagination, his radicalness went completely against the grain of the academic tradition — attracting frequent derision, but also, over time, shifting public opinion towards a greater acceptance of modernism.

Eroticizing his subjects, repurposing his own figures in completely unexpected ways, and rejecting the prevalent idealism in favor of something much more powerfully raw and expressive, the artist could eventually lay claim to have entirely re-shaped the idiom of 19th-century sculpture.

Larissa Bailiff is a specialist in modern French art and social history. Formerly an associate educator at the Museum of Modern Art, she continues to offer tours and courses at the museum.