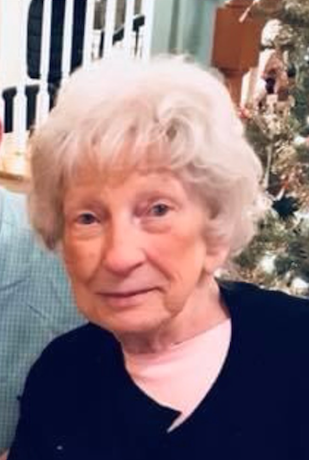 Elizabeth Adcock passed away on April 23. A memorial service will be held at a later date.

Elizabeth F. Adcock (Betty), a resident of Norwalk and a former longtime resident of Darien, passed away on Thursday, April 23, 2020 at Norwalk Hospital. She was 87.

Elizabeth Adcock passed away on April 23. A memorial service will be held at a later date.

Born on Oct. 14, 1932 in Stamford, she was the daughter of the late Peter and Henrietta Burke. She was raised in Stamford and was the youngest of eight children.

She worked for over 35 years for the Darien Board of Education in many of the Darien schools.

Betty is survived by her son, Charles W. Adcock Jr. of Norwalk, and a sister-in-law Marion Oldrin Nicholas of New Milford. She is also survived by many nieces, nephews and close family friends, all of whom were very special to her.

A memorial service will be held at a later date in celebration of her life.

In lieu of flowers, memorial donations may be made to Fur-gotten Tails Animal Rescue, P. O. Box 778, Plainville, CT 06062.