Douglas Hall Merkle of Callaway, FL passed away peacefully from complications of pneumonia on Monday, May 20, 2018, at Select Specialty Hospital in Panama City, FL. He was 83. 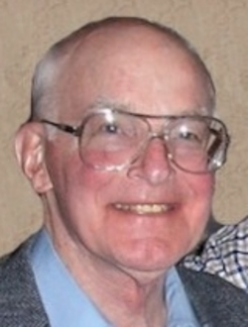 Douglas Merkle, 83, passed away on May 20. A funeral date has not yet been announced.

A beloved member of the community, he personified the values of integrity, service, and excellence long before they were officially adopted as the core values of the United States Air Force (USAF), and continued to do so throughout his life.

Born July 31, 1934, in Detroit, he was one of two children of mathematicians John and Grace Merkle. When John took a position as an actuary in New York City, the family moved to Darien, where Doug and his identical twin brother were raised.

While in Darien, Doug played football and began his lifelong association with the Boy Scouts of America (BSA), earning the rank of Eagle Scout and serving as the waterfront director for Camp Toquam, the local scout summer camp. He graduated from Darien High School in 1952 and became a Cornell University National Scholar.

— an obituary from the Southerland Family Funeral Homes and Crematory

He started in architecture, but switched to civil engineering, played 150 football and lacrosse,  joined and served as chapter president of the Upsilon Pi Epsilon social fraternity, and earned his commission through Air Force ROTC.

He then began his more than two decades of service as an officer in the USAF as the base civil engineer at Indian Springs, NV near the Nevada test site.

From there he went to the first of two assignments to the Air Force Weapons Laboratory at Kirtland AFB, NM, near Albuquerque.

While there in 1962, he reconnected with Carol Amanda Erdman, also a two-degree Cornell graduate (math and then hotel administration) and early computer programmer whom he had first met in Ithaca, NY while at Cornell, and they were soon married. Their first son was born not long after, while they were still in Albuquerque.

Doug was soon thereafter assigned as a member of the faculty of the United States Air Force Academy, where over the course of six years he taught almost every course in the Department of Civil Engineering, completed his PhD dissertation, and received a medal for using CPR to save the life of a young lightning strike victim.

He next served overseas for a year as the base civil engineer at Udorn AB in Thailand where, in addition to base engineering duties, he was tasked with helping the local community improve infrastructure.

Upon returning from his overseas assignment, he returned to Kirtland AFB for his last active duty assignment. There he served as the program manager for the construction of the TRESTLE project (ATLAS-I), which remains the world’s largest all-wood structure.

Doug retired as a lieutenant colonel in 1980 and joined Applied Research Associates (ARA) in Albuquerque. In that role he led numerous defense-related civil engineering efforts while also teaching part-time for the University of New Mexico. In 1987, he was one of the founding members of ARA’s new office on Tyndall AFB near Panama City, FL, where he continued to lead engineering efforts of importance to the USAF.

He gradually retired from ARA after the turn of the century. However, he remained professionally active by conducting interviews and otherwise contributing to the documentation of the official history of civil engineering in the USAF, as well teaching part-time at both Gulf Coast Community College and the Panama City campus of Florida State University.

He engaged heavily in community service throughout his life. For example, he formed and led the Albuquerque Association of Gifted and Talented Students, which achieved significant improvements in the educational opportunities for students he saw as underserved by the then-current public school system.

Doug’s service to the BSA is particularly noteworthy. While in ABQ, he served as a long time Scoutmaster for Troop 85, and particularly enjoyed giving his scouts the opportunity to camp under the TRESTLE structure.

A number of young men earned their Eagle Scout ranks during his tenure, including twin brothers Dr. Thomas W. Cooley, chief scientist of the Space Vehicles Directorate of the Air Force Research Laboratory (AFRL) and Maj Gen William T. Cooley, Commander, AFRL, both of whom cite Doug’s mentorship as having been formative in their educations and careers.

After his relocation to Panama City, Doug continued his service to the BSA in various district and council roles, receiving the prestigious Silver Beaver Award.

Additionally, he was active in the civic life of Panama City. He was a tireless advocate for school improvements and the half-percent sales tax to support capital investment. Following the passage of that measure he continued to serve on school board committees overseeing school improvements.

He was an active and beloved member of First United Methodist Church, where he frequently taught the Asbury Class Adult Sunday School and served on the finance and other committees.

Beyond his many organizational contributions, Doug always took time to mentor individual students, often tutoring students, at the church and elsewhere, in math and science.

Doug was a member of numerous service and professional societies, including Kiwanis, the American Society of Civil Engineers, the Air Force Association, the Military Officers Association of America, the Florida Engineering Society, the American Association for the Advancement of Science, and Sigma Xi.

He was preceded in death by his parents, John William Merkle and Grace Graham Hall Merkle of Darien, and his wife of 48 years, Carol Amanda Erdman, also of Callaway, FL.

He is survived by his twin brother, John Graham Merkle, and sister-in-law Marilyn Merkle, both of Oak Ridge, TN; his son, Andrew Erdman Merkle who stayed with and cared for Doug in Callaway since 2013; his son, Laurence Douglas Merkle, daughter-in-law Margaret Tossey Merkle, and grandson John Tossey Merkle, all of Washington Township, OH; nieces, Susan Wootten and Jeanne McKinley; and nephews, Eric Merkle and Kurt Merkle, as well as their spouses and children; and finally many treasured in-laws and friends.

A memorial service will be held on a date to be announced. In lieu of flowers, the family requests that donations be made to either First United Methodist Church or the Friends of Scouting.