Dorothy Theresa (Hanrahan) Shillinglaw of Darien passed away peacefully on Dec. 22, 2021 at Stamford Hospital. She was 93. 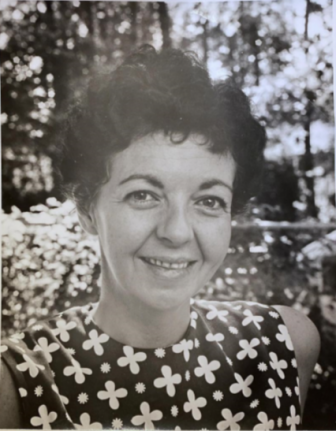 Dorothy was born in the Bronx on Sept. 30, 1928 to the late Edward Francis and Dorothy Josephine (Riley) Hanrahan. She studied history at Fordham University and worked for many years as an editor for both Soundprints and Junior Achievement.

Dorothy married Selwyn Kenneth Shillinglaw on May 31, 1958 and they shared 63 loving years together. They lived in both New York City and Darien, raised three sons, and had successful professional lives. After retirement, they traveled the world together and went everywhere from Greece to Ireland, making lifelong memories at each destination.

Dorothy was the family historian, having traced back both the Shillinglaw and Hanrahan lineage through multiple generations. She loved to share stories about her findings and on her many world travels with Selwyn, she would always make sure to find out new information about the family if she could.

Her community centered around St. John Roman Catholic Church in Darien, where she was a devoted parishioner. She served as a lector for many years and participated in various parish community groups until she passed.

She is survived by her husband, Selwyn; and sons, Bruce Edward of Norwalk (Karen, deceased) and Kenneth Gregory of Norwalk (Cynthia). She was the loving grandmother of six grandchildren — Danielle, Bruce, Andrew, Joseph, Sarah and Christopher; four great-grandchildren — Genevieve, Harper, Adam and Ryann; and aunt to many nieces and nephews.

Besides her parents, Dorothy was preceded in death by her son, Mark Andrew of Darien, and her siblings: Donald, Edward Jr., Rosemary and Margaret Ann.