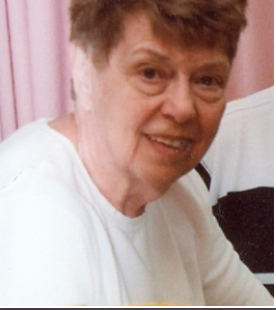 Deede was born in Stamford on Jan. 30, 1940 to Frank J. and Theresa C. (Masaryk) DeVito. She was the first of their four children.

Deede lived at the family home on Oaklawn Avenue until she married Philip Swist in November 1963. She was employed by Clairol after graduating from Stamford High School, and remained there until Deena came along in January 1965.

Deede continued working various part time jobs until Deena and Michele became of school age, then she joined Olin Corporation, where she was employed until retirement. She filled her life by caring for her children and grandchildren, as well as being around family and close friends.

Later in life she returned to, and found great joy in, her church, St. John Roman Catholic Church in Darien. She sat in front to hear Mass and the choir, as well as joining the choir and friends for breakfast after Mass every Sunday.

After her health deteriorated and she was unable to leave Cassena Care nursing home, she would celebrate Mass monthly, thanks to the Legion of Mary in Norwalk, who assisted Rev. Fr. Cippola and/or Fr. Kloster.

Deede is survived by her loving daughters: Deena Robushi (David) and Michele Boehmer (Paul); her grandchildren: Matthew and Jordan Palmer, and Lauren and Ashley Boehmer; her sister: Deborah Thompson of Verona, Wisconsin; her brothers: Joseph DeVito (Anita) of Siguatepeque, Honduras and Stephen DeVito of Bridgeport.

She is preceded in death by her parents Frank and Theresa DeVito.

Interment will be private for immediate family only. Due to current social restrictions, a memorial Mass will be held at a later date at St. John Roman Catholic Church, 1986 Post Road, Darien, CT 06820.

A special thank you to all of the nurses and aides at Cassena Care of Norwalk for their exemplary and loving care shown to our dear mother, grandmother, sister, aunt and friend, Deede.

In lieu of flowers the family requests that donations be made in Deede’s memory to St. John Roman Catholic Church.

— an obituary from Nicholas F. Cognetta Funeral Home & Crematory, where online condolences may be left