The Darien Democratic Town Committee in partnership with the Action Network of Darien Democrats (ANDD) is hosting a “Rally for the Democratic Blue Wave” at 1 p.m., Sunday, Oct. 21 at Darien’s Tilley Pond Park. 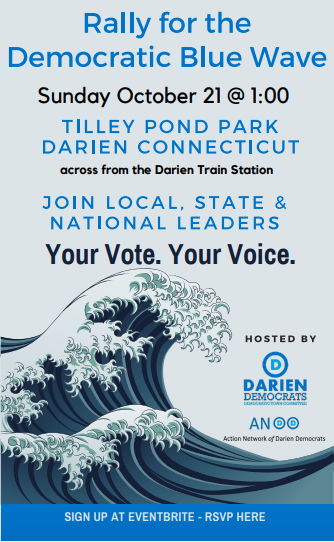 The Darien DTC invites voters from across the 4th Congressional District — including Greenwich, Stamford, Norwalk, Westport, Fairfield, Bridgeport, Trumbull, New Canaan, Ridgefield, Redding and points in between — to join with their Darien neighbors in support of our shared Democratic candidates and shared values.

The Action Network of Darien Democrats (ANDD) is an outreach committee of the Darien Democratic Town Committee fueled by local Democrats of all life experiences organized to spark and sustain progressive momentum locally and nationally while creating local relationships rooted in shared democratic values.

The rally is a chance to answer the call: to raise your voice, to participate, to stand for the issues and values that are central in the upcoming election.

“After two years of President Trump’s efforts to divide Americans along cultural, racial and economic lines, the Darien DTC believes that it is time for Americans to unite and send a message to Donald Trump and to his party that America as a ‘House Divided’ is not our vision of America, said David Bayne, Darien Democratic Town Committee chair. 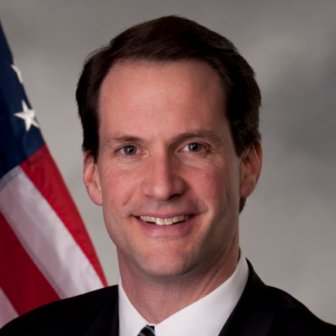 “Join us with Senator Dick Blumenthal, Congressman Jim Himes and gubernatorial candidate Ned Lamont and other leaders, candidates and groups at Tilley Pond in Darien on Oct. 21 to have our voices heard in advance of Election Day on November 6th.”

“There are fewer than 30 days until Election Day,” Himes said. “We must amplify our voices and our message by reaching out to our friends, family and neighbors and getting them to vote on Nov. 6. It’s time to stand up, stand together and deliver an clear rebuke to what’s going in Washington D.C. and what’s going on with the Republican Party in Connecticut.” 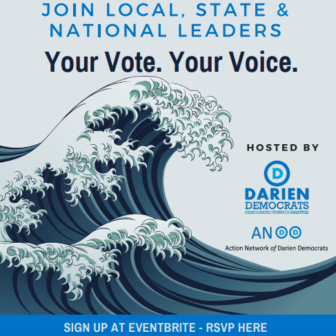 The rally aims to encourage people to participate in their most important job in maintaining the health of our democracy — making sure their voice is heard.

“It has never been more important to organize to protect our democracy and gathering together on Oct. 21 is one way to have our collective voices heard here at home and nationally,” said Shannon Silsby, Darien DTC member and one of the founders of ANDD.

“We must turn our frustration with current policies and leadership into action to protect access to healthcare, quality education, women’s rights and our environment while remembering we are a nation of immigrants and work to restore the soul of our country,” she said.

Your vote is your voice. Make it heard on Oct. 21 in Darien as well as at the ballot box on Nov. 6. Register today for the “Rally for the Democratic Blue Wave” on Eventbrite.

If you would like more information about this topic, please call Shannon Silsby at 203-273-2323 or email at thesilsbys@optonline.net. 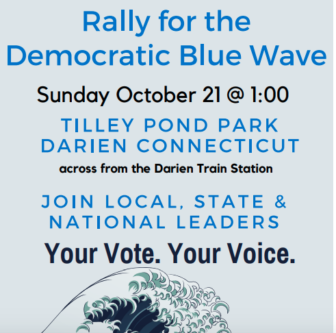 The purposes of the Democratic Town Committee include electing Democrats to office, organizing and directing general election campaign, studying and recommending improvements in local government, educating the public on relevant issues and sponsoring and encouraging constructive Democratic Party activities.