On Tuesday, May 19, 2020, David J. Driver, Jr., loving husband and devoted father of two children, passed away at the age of 57 from ALS (Amyotrophic Lateral Sclerosis). 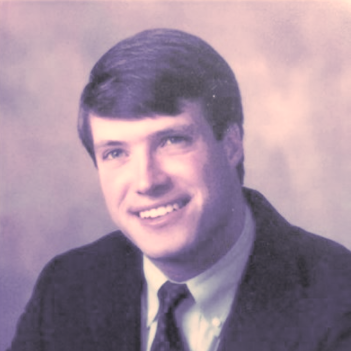 Dave was born on March 22, 1963 in Quantico, Virginia to David and Jean Driver. He grew up in Darien and Berwyn, Pennsylvania, graduating from Conestoga High School in 1981. Dave received his Bachelor of Science degree from East Carolina University in 1986.

He became a successful national account sales manager, working primarily in the food service business for 34 years, based in Philadelphia. He resided in Phoenixville Pennsylvania most of his adult life and had an enduring first marriage to the late Suzanne Ryan Driver, also of Phoenixville.

They raised two sons, Ryan and Andrew. Dave was very passionate about most of what he did. When he decided to get into something, he went full bore! He had a passion for boating and wine and loved to travel. He spent many summers on the Chesapeake Bay with his sons and Suzanne.

He combined two of his hobbies by traveling to Napa Valley and France many times to discover and enjoy extraordinary wine and unique restaurants. Dave loved to show off his latest wine finds at his deliciously elaborate dinner parties. Most recently he became an avid gun collector and was an active member of the Kimberton Fish & Game Association.

Dave had an infectious laugh and was known for his entertainingly funny stories and jokes in which he often did not let the facts get in the way of a good story.

He is survived by his second wife, Maria; his two sons, Andrew and Ryan; his mother, Jean; his brothers, Craig and Chris; and several cousins, nieces and nephews.

— this obituary recently was published by Main Line Media News