— an announcement from Theatre 308

For the third year in a row, 308 participated in the Halo Awards, a prestigious award ceremony that honors high school students’ achievements in all aspects of theater.

Over 60 high schools from across the State of Connecticut participated this year. Both 308’s fall drama Our Town and the spring musical Chicago received a total of 14 nominations in their categories for both onstage and off-stage achievements. 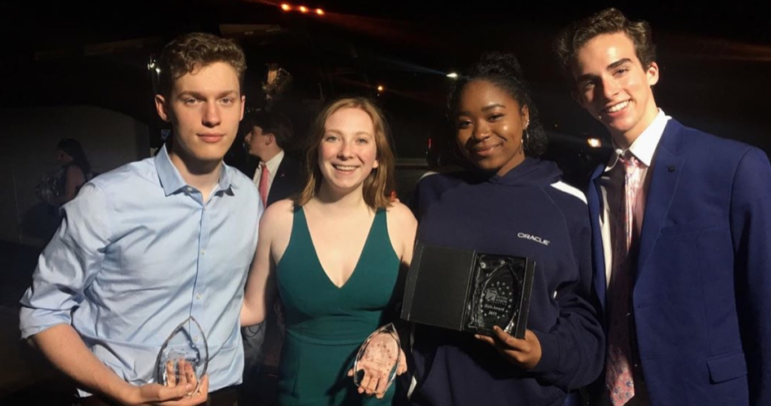 The Chicago Ensemble won the very prestigious “Best Chorus” award. Senior Mackenzie Lauture took home the “Gypsy of the Year” award, which is given to a chorus member nominated by the director from the school awarded Best Chorus. Finally, Sophomore Jackson Wood won a scholarship at the reputable Molinari Dance Studio in New York City.

“The students of Theatre 308 have a lot of be proud of!” said Tim Sorensen, this year’s musical director. “The students in both shows are tremendously talented and work extremely hard. It’s really an honor to get so much recognition when compared to other tremendous programs across the state.” 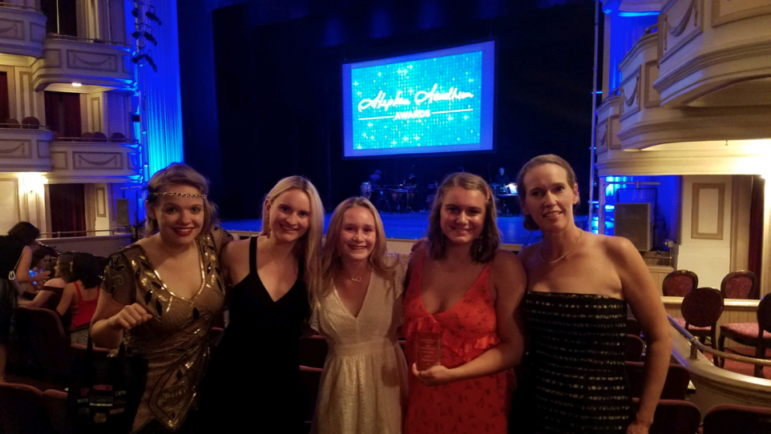 Thanks to a nomination for Best Musical, the cast of Chicago was also featured in a performance of “Velma Takes the Stand.” Finally, Sophia Talwalkar, Perrin Trask, and Jackson Wood helped close the magnificent night as part of the closing number. 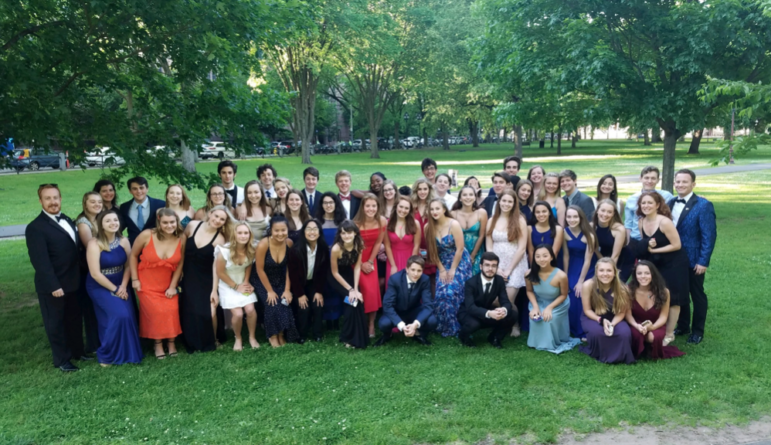 “All of the performances were outstanding!” Sorensen said. “At both shows, Theatre 308 students showed the rest of the state that our program is on par with some of the very best high school theater around.”

All told, this year’s Theatre 308 season earned 14 nominations at the Halos and four more at the Sondheim’s. Ultimately, winning a total of six awards.