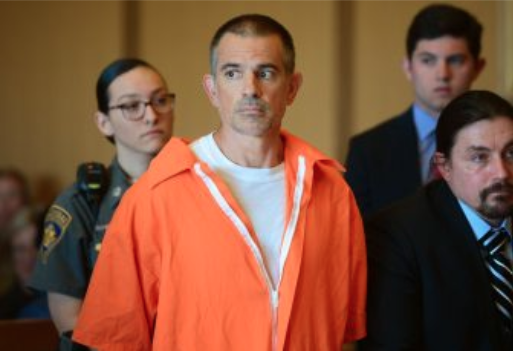 Fotis Dulos in state Superior Court in Stamford Tuesday as his legal team appeals his bond on charges of tampering with evidence and hindering the investigation into the disappearance of his wife Jennifer Dulos on Tuesday, June 11.

Investigators found the DNA of a missing New Canaan woman’s estranged husband inside her home, the scene of an apparent violent assault, the state’s attorney said Tuesday.

— This article with contributions by Olivia Flaherty-Lovy, and the sidebar below it were previously published by NewCanaanite.com. 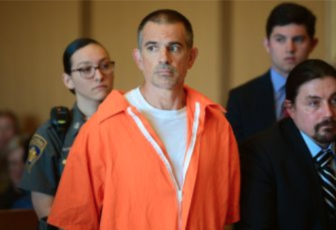 Fotis Dulos in state Superior Court in Stamford Tuesday as his legal team appeals his bond on charges of tampering with evidence and hindering the investigation into the disappearance of his wife Jennifer Dulos on Tuesday, June 11.

A laboratory concluded that Fotis Dulos’s blood is contained in a “mixture” that police found on the faucet of Jennifer Dulos’s kitchen sink, State’s Attorney Richard Colangelo told a judge during an appearance in state Superior Court in Stamford.

Though it’s true Fotis Dulos had been at his wife’s New Canaan house on Wednesday, May 22 — two days before Jennifer Dulos went missing and police found evidence of a serious assault there, as well as an attempt to clean up the scene — he had been relegated to the backyard during that visit with his children, Colangelo told Judge John Blawie.

Colangelo disclosed the new information about the ongoing criminal investigation that already has seen Fotis Dulos, 51, and his girlfriend, Michelle Troconis, 44, charged with tampering with evidence and hindering prosecution in connection with Jennifer Dulos’s disappearance. 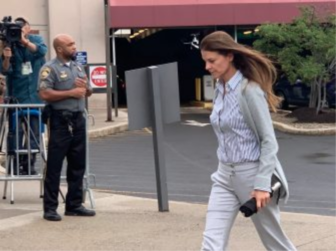 Fotis Dulos and Troconis are accused of driving around Hartford on the afternoon of May 24, stopping 30 times to dump items in trash receptacles and storm drains, including items that had the missing woman’s blood, investigators said.

Fotis Dulos remained in police custody immediately after his appearance, though he will be able to make bond, according to his attorney, Norm Pattis of New Haven-based Pattis & Smith Law Firm. Colangelo said Fotis Dulos would be held until his passport — located in Farmington, where both he and Troconis live — could be transported down to Stamford.

In a lengthy address to Blawie that included his request to reduce the bond amount from $500,000 to $100,000 — a request that Blawie would deny — Pattis took aim at police and press, saying they’ve treated his client unfairly.

Though he was accompanied by an attorney when he met with police at New Canaan Police headquarters on May 25, an officer seized Dulos’s iPhone and refused to say why or on what grounds it was being held, according to Pattis.

The location data that forensic analysts gleaned from the phone is what placed Fotis Dulos in north Hartford for the dump run, state investigators said in an arrest warrant application. Video surveillance also placed Troconis in a pickup truck belonging to Fotis Dulos’s construction company during that afternoon run, police said in an affidavit. 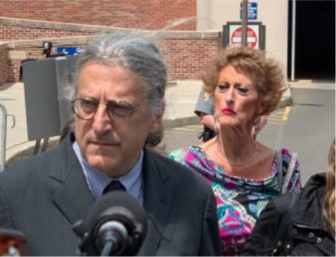 “It’s surprising we are here at all,” he said.The June 1 arrests of Fotis Dulos and Troconis amount to an effort by police to place the pair in a “classic prisoners’ dilemma” where they’ll turn on each other, Pattis said.

He later added, “The state has overreached in this case.”

Amid the ongoing investigations, the media has drummed up “enormous public interest” and speculation that Fotis Dulos killed his wife and disposed of her dismembered body, while also failing to report on court filings indicating that Jennifer Dulos, 50, had mental health issues and was unstable, Pattis said.

Fotis Dulos is not a flight risk, Pattis said, and he’s “sick and tired” of reporters asking him where Jennifer Dulos’s body is located.

“There is no body,” Pattis said.

Colangelo, in turn, asked that bond be increased to $850,000. Ultimately, Blawie denied both requests and held bond as set during the initial arraignments of the accused in Norwalk, at $500,000. Conditions of release include that they wear GPS tracking devices and surrender passports, and Blawie added that neither is to leave Connecticut without first obtaining permission from the court. 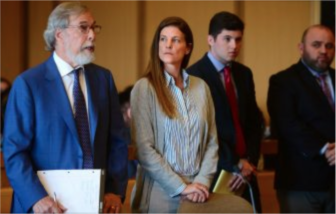 Michelle Troconis and her legal team including Andrew Bowman, left, arrange their trial date during her Tuesday court appearance for charges of tampering with evidence and hindering the investigation into the disappearance of Jennifer Dulos.

Appearing in an orange jumpsuit and escorted by marshals, Fotis Dulos said only “I do” during his court appearance, in response to Blawie asking him whether he understood the conditions of his release. Pattis told Blawie he wanted a speedy trial, one that would commence in early August.

Wearing a gray pants suit and pinstriped tie, and better rested than she had during last week’s arraignment, Troconis said nothing as her attorney, Westport-based Andrew Bowman, entered not guilty pleas.

Bowman in brief remarks outside the courtroom after the appearance said, “I generally don’t comment outside court proceedings but I am deeply disappointed that some of you — some of you — have been unfair in your reporting.”

“Let’s not forget that Michele Troconis is presumed innocent,” he said. “All I’m asking you to do is be fair.”

Some of Troconis’s relatives sat in the front row during her appearance and stayed for Fotis Dulos’s appearance. They appeared to be clutching religious items, including one woman who held a statuette of the Virgin Mary.

Local, state and federal authorities have been searching for Jennifer Dulos since learning from friends around 7:30 p.m. May 24 that the mother of five had missed appointments. New Canaan Police quickly found her SUV on Lapham Road by Waveny Park. 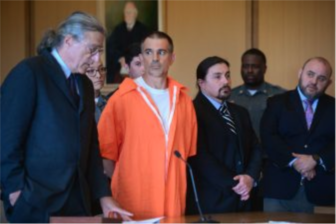 Subsequent searches of Waveny and beyond, nonstop media attention and social media sharing generated wide interest in missing person and criminal investigations, which are ongoing.

New Canaan Police Chief Leon Krolikowski has said he expects additional charges to be brought. Should investigators come to believe the worst, one local legal expert has said, they don’t necessarily need to find Jennifer Dulos’s body in order to bring a murder charge.

As police have searched for her, they’ve also called for the public’s assistance, putting up ‘Missing’ posters, calling for video surveillance footage and, most recently, launching a website to help find her.

“We will not rest until we find her,” New Canaan Police Chief Leon Krolikowski said Sunday in an email to the media announcing the new site.

Recent NewCanaanite.com Coverage of the Case

The Duloses had been embroiled in acrimonious custody proceedings since Jennifer Dulos filed for divorce two years ago. In applying for emergency sole custody of the kids at the time, Jennifer Dulos said she had recently been told by her husband about his affair with Troconis, and that he was a vengeful and dangerous man capable of inflicting harm, accusations he denied.

Last year, Jennifer Dulos’s mother sued Fotis Dulos and his construction company, saying in an amended complaint he hadn’t paid back about $2.5 million borrowed from her deceased husband over a number of years.

Jennifer Dulos has been described by some who knew her as warm, generous, intelligent and dedicated to her children. In New Canaan, Farmington and elsewhere, people on the night of June 3 put candles out front of their homes in a show of support and solidarity for Jennifer Dulos. New Canaan has held two vigils for Jennifer Dulos and rallied behind her family, an effort that her relatives have acknowledged.

In addition to their tip line, 203-594-3544, police in order to gather information regarding Jennifer Dulos’s disappearance now have a dedicated e-mail FindJenniferDulos@newcanaanct.gov as well as the website www.FindJenniferDulos.com.

“Jennifer Farber Dulos, mother of five, daughter, sister, cousin, and friend, has now been missing from New Canaan for more than two and a half weeks. The towns of New Canaan, Farmington, and Avon have responded to Jennifer’s disappearance with a steady stream of love. These gestures of empathy and kinship have helped keep us going.

“As the news cycle propels the story of Jennifer’s disappearance forward, we must not lose sight of the enormous human cost of this tragedy: five young children have not seen their mother in 18 days. Jennifer is the constant presence in their lives. She has sole physical custody and has devoted her full energies to their care and happiness.

“Jennifer’s family, friends, and above all her children are living in limbo — missing her embrace, her lilting laugh, her bedtime backrubs, her gentle strength. Please know that the children are safe and loved and supported in every respect. But more than anything in the world, they long to know where their mother is. 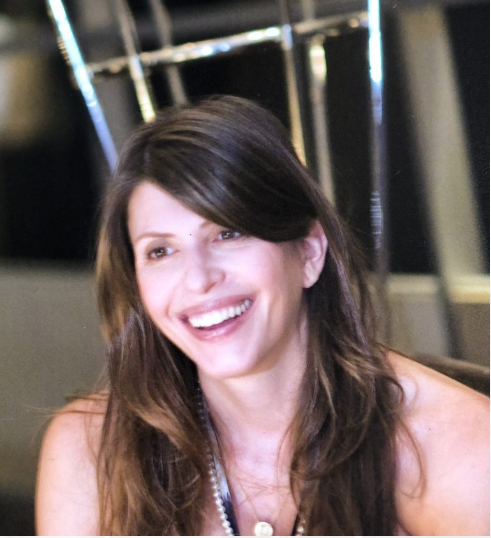 “Our deepest thanks go out to the forces of the New Canaan and Connecticut State police for their ongoing and exhaustive efforts to locate Jennifer. Thank you also to every single person who has called in a tip. Keep the information coming. Please help us find Jennifer.”