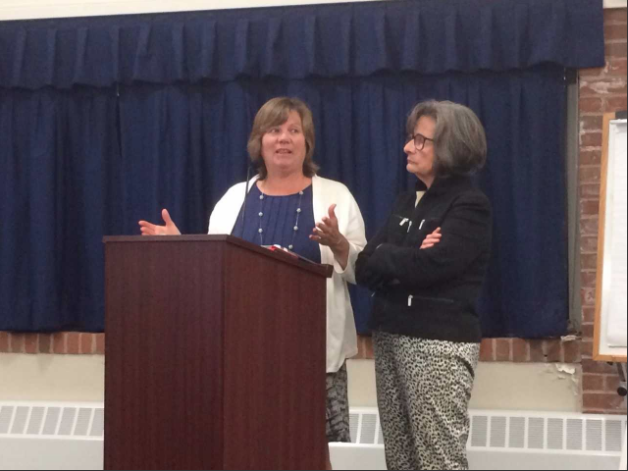 School Psychologist Eileen Whalen and English teacher Lynda Sorensen gave the presentation about Fitch Academy to the Board of Education on Tuesday.

Fitch Academy, an alternative high school for students who have trouble attending regular school, is successfully teaching kids and getting them to come to class, said a teacher and a school psychologist in the program and the superintendent of schools.

The teacher and psychologist gave a presentation Tuesday to the Board of Education about the new program, which started with the current school year, and Schools Superintendent Dan Brenner also discussed it with the board.

As of Tuesday night, 11 students are in the program, and a 12th was expected to be selected Wednesday from among two candidates, the board was told. The program operates from a room in the basement of Darien Library.

Anxiety and depression are some of the students biggest challenges, said Eileen Whalen, a school psychologist from Darien High School who is involve in the program. The program is not meant for students with intense behavioral problems or significant learning disabilities.

School Psychologist Eileen Whalen and English teacher Lynda Sorensen gave the presentation about Fitch Academy to the Board of Education on Tuesday.

“Many of them are still struggling with issues to get them to school or to stay in school,” she said. If a student starts missing classes, she talks with the student, explaining the problems that can cause for the child, and has even visited a student at home to talk about getting to class.

While those problems the students have had in the past about attendance are ongoing, Whalen said, there’s been significant improvement now that they’re attending Fitch Academy.

The students like the program, which gives them an incentive to continue going to school, according to Whalen and Lynda Sorensen, a high school English teacher who currently works at Fitch Academy almost full time.

“They have become this community of varying ages, and I think it’s because they’ve had time to hang out in that teen lounge and play video games together” when not in class, Sorensen said. “They gelled [as a group]. They’re respectful of one another. It’s clear they feel they’re in a safe environment, because they share things [information about themselves] they would not share otherwise,” she said. 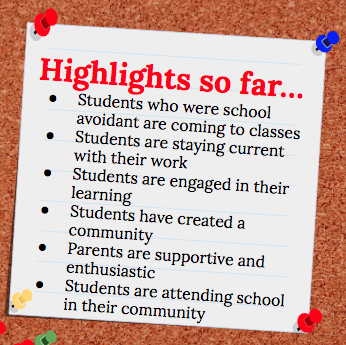 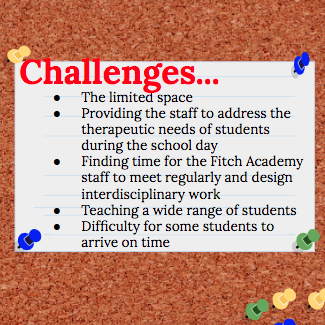 A slide from the presentation Tuesday night. 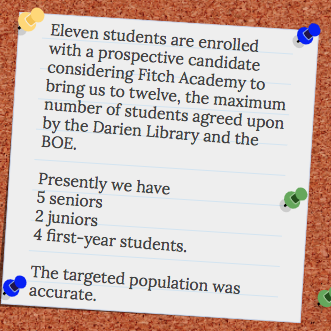 Enrollment in the program

Brenner said that one of the unexpected difficulties the school district found with the program was that “We underestimated the need for mental health” services for the students. “Ellen is doing her best […] but we underestimated it.” If the program is to continue, more staff time will need to be budgeted for that, he said.

Parents have been enthusiastic about the program, partly because, for many of them, it allows their children to stay in Darien to get their education, rather than being transported out of town to a program elsewhere, Sorensen said.

Parents are asking, “What can we do to keep this going,” Sorensen said. “They could not be more generous or more appreciative.”

The program has frequent field trips. Recent ones had the students visiting Google headquarters in New York City, with a side trip to the High Line park, a walking park on a refurbished former elevated train line in Manhattan; Chelsea Piers Connecticut in Stamford and Darien Police Headquarters. 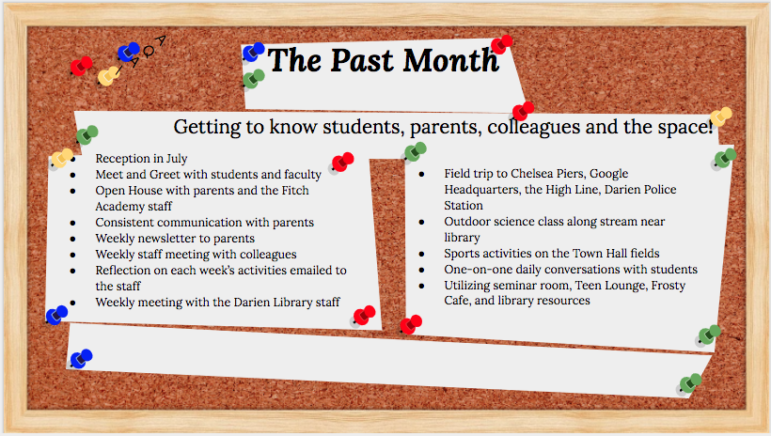 A slide from the presentation from Darien Public Schools

One of the slides shown during the presentation.

As of Tuesday night, there were five seniors, two juniors and four freshmen students in the program, which starts at 8:30 a.m. All students generally take the same classes, but their learning is individualized with special projects and in other ways, Sorensen said. 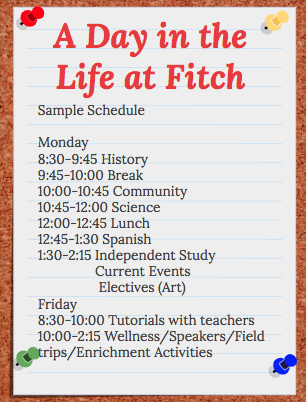 A slide from the Darien Public Schools presentation on Fitch Academy

Another slide from the presentation

At another point, Sorensen said: “We are really working with the whole child, the whole student. […] [We] try to do it at the high school, but there are a number of limitations, mainly because it’s a bigger school.” Everyone gets noticed in a small class of 11 students, she said.

In addition to Sorensen, other teachers come in to conduct various classes part-time.

Brenner said that instead of using regular teachers for the part-time teaching at the school, the department chairs that were hired over the summer have been coming in. That was done in part because it’s difficult to schedule time for teachers from the high school, where the schedule moves various periods around from day to day (Fitch Academy has set times for classes), and in part because it was difficult to sign up teachers over the summer.

Brenner indicated he did expect to use regular high school teachers in the future.

Board of Education member Tara Ochman pointed out that one of the goals for the new department chairs was to have them using their teaching time in the schools where they were working, in part to get to know the teachers in those schools better and to work alongside them.

Brenner replied that the department chairs have been getting to know the other teachers anyway. During the month of September, he said, “every single department chair has been in [class]rooms no less than 10 times, because that’s the way you start conversations [with teachers] to talk about your pedagogy.” 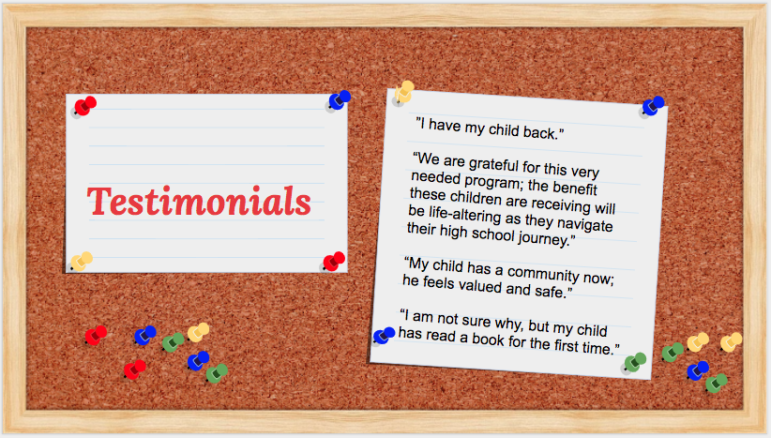 Slide from the Fitch Academy presentation (from Darien Public Schools)

2 thoughts on “How Darien’s New Fitch Academy, an Alternative High School, Is Doing”