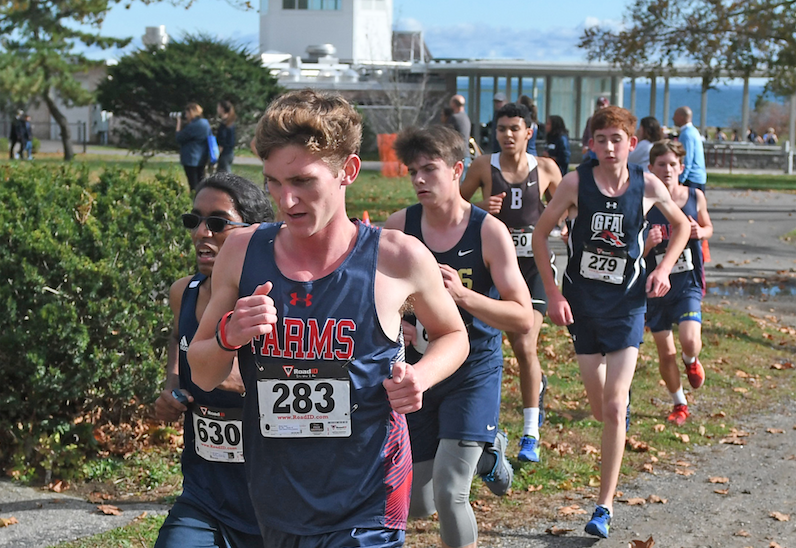 The regular season rolled to a close with all of Greens Farms Academy’s fall sports teams clinching postseason spots.

The GFA cross country squads, meanwhile, entered the postseason with the under-manned boys team notching a third-place finish in the FAA championships race.

Here’s a rundown of how the week went for the Dragons:

The Dragons amassed 103 points to finish behind Hopkins (50) and Brunswick (52), which battled it out for the top spot.

The team’s top six varsity runners were once again under 20-minutes to spearhead the third-place showing. 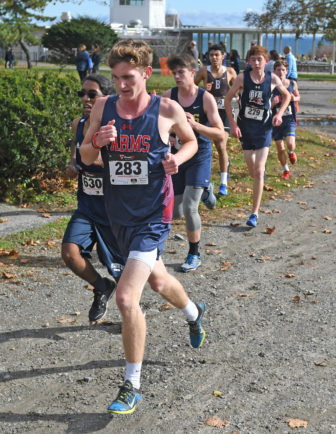 In the girls meet, the Dragons—missing two of their top five runners—placed fifth out of eight teams.

Tied at 1-1 at the half, the Dragons exploded for four second-half goals while rolling to a 5-1 win over The Gunnery on Senior Night.

Five different players found the back of the net for GFA, including Aidan Muprhy (Darien), and seniors Henry Mcdonald (Westport), Charlie Benson (Darien), Jack Ramsay (Darien) and Liam Murphy (Westport). Benson’s goal came via a PK while Aidan Murphy’s tied the game and allowed the Dragons to take that 1-1 tie into the break.

He also had an assist as did Will Whelan (Fairfield), who had two and Ethan Lior (Fairfield).

Max Yates (Fairifeld) had three saves in goal for GFA, which improved to 11-5.

GFA raced out to a three-goal lead just 13 minutes into the game en route to a 4-0 road win over The Gunnery on Wednesday.

Lane Murphy (Darien) made four saves while Dellisanti took over in goal and added four saves, as well.

Sofia Segalla (Stamford) and Lior scored goals to lead GFA to a 2-0 win over Hamden Hall on Senior Day on Saturday.

Elyse Kimball (Westport) had an assist on Lior’s goal while Murphy made 11 saves.

The Dragons fell on the road to Hamden Hall last week.

Nikki Farber (Westport) had three saves for GFA, which outshot the Hornets 15-7.

The Dragons battled fiercely through 60 minutes of regulation and part of an overtime before falling by a 1-0 score in the extra session to Kingswood-Oxford.

Farber had five saves for GFA, which outshot KO by a 6-5 advantage. The Dragons also had an 8-4 advantage in corners.

The Greens Farms Academy volleyball team recorded a team total of 22 kills while rolling past Harvey 3-0 on Senior Night Monday at the Coyle Gym.

In a match to remember, the GFA Dragons bested Holy Child with a 3-0 win on Tuesday.

The Dragons sent out 49 kills in the game, led by Ewing’s 15 and Freeman’s 12. Bernstein added eight more while Lilly Lind had seven.

Nesi had 31 assists in the match while Cramer led the defense with seven digs.