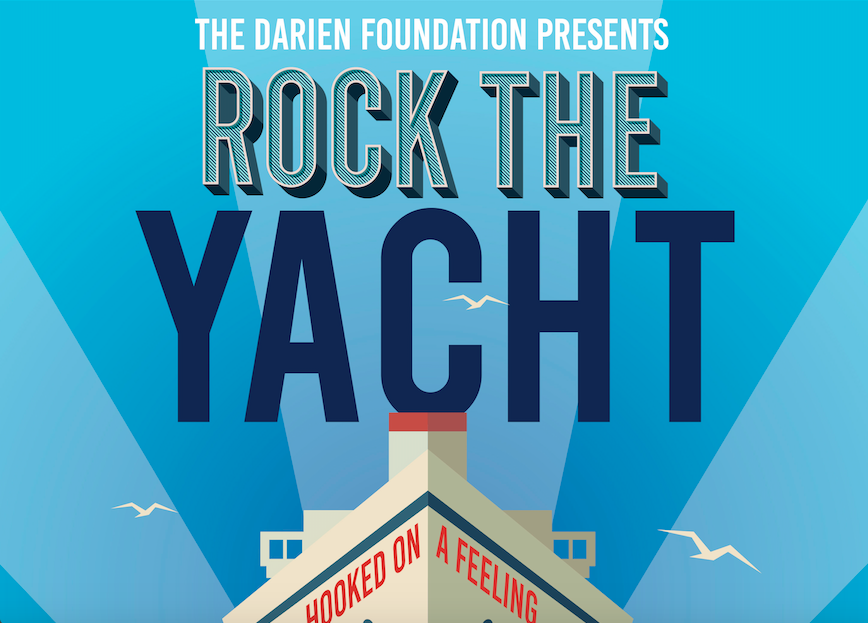 The Darien Foundation has announced that its’ annual fundraiser, Rock the Yacht, will be held on Saturday, April 27, at 6:30 p.m. at the Tokeneke Club.

“The 2018 benefit was such a great success that we are going to “Rock the Yacht” again in 2019 — it’s going to be amazing!” said Byrne Pozzi, event chair. The benefit will feature beachside cocktails and hors d’oeuvres, a buffet dinner with gourmet food stations, and sweeping views across the sound. 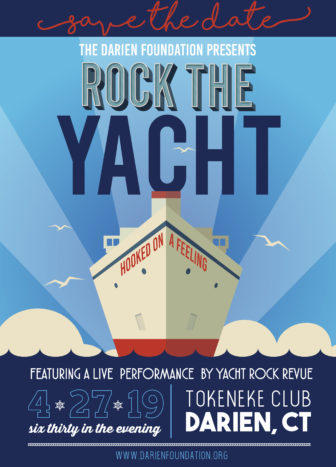 Image from the Darien Foundation

Rock the Yacht — but don\’t leave the yacht on the rocks.

“We’re planning a fantastic night of fun to bring people together and spread the word about The Darien Foundation’s mission,” Pozzi said. “We’ve opted not to interrupt the party with a silent or live auction and instead rely on ticket sales and sponsorships to raise money.”

The highlight will be a performance by Yacht Rock Revue—the band that has defined and popularized the Yacht Rock genre.

Their vast playlist includes nostalgic covers by musical greats Steely Dan, Hall & Oates and Fleetwood Mac, as well as epic songs like Africa, Brandy, I Keep Forgettin’, Who Can It Be Now and Escape (The Pina Colada Song).

“Last year, we had a really fun “wedding” cover band,” said Kristin Edwards, The Darien Foundation Board’s Fundraising Chair. “This year we have a band that has a national following and plays to sold-out venues all over the country!”

Indeed, Yacht Rock Revue will tour again in 2019, in partnership with Live Nation and SiriusXM. Edwards added that because Yacht Rock appeals to a broad range of ages, it now has dedicated channels on both SiriusXM Radio and Spotify.

The music compliments the seaside setting and yacht-like feel of the Tokeneke Club, whose facilities and staff will be exclusively dedicated to The Darien Foundation fundraiser that night.

“Tokeneke is the perfect venue to kick-off summer and the start of beach season,” said Kerrie Kelley, board member and fundraising vice-chair. “The board is thrilled to return to a venue which provides such a festive experience for our guests.” 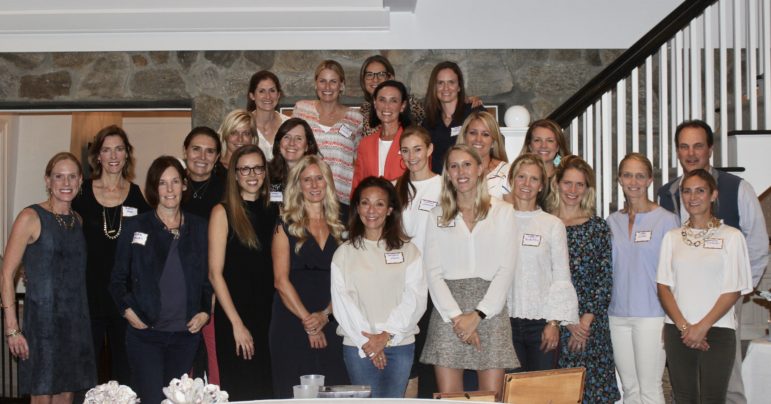 Members of The Darien Foundation’s Rock the Yacht Benefit Committee recently gathered to kick off planning for the event, scheduled for Saturday, April 27, 2019.

Since 1998, The Darien Foundation, a non-profit organization, has funded more than $4.2 million in grants for technology and capital initiatives which create opportunity for Darien’s youth, support our town’s safety and security services, and enhance the overall quality of life in Darien through collaboration with community organizations.

Tickets will be $200 per person ($100 is tax-deductible) and all proceeds will be directed to supporting grants awarded by The Darien Foundation.

Please save the date and help us in Building a Better Darien!