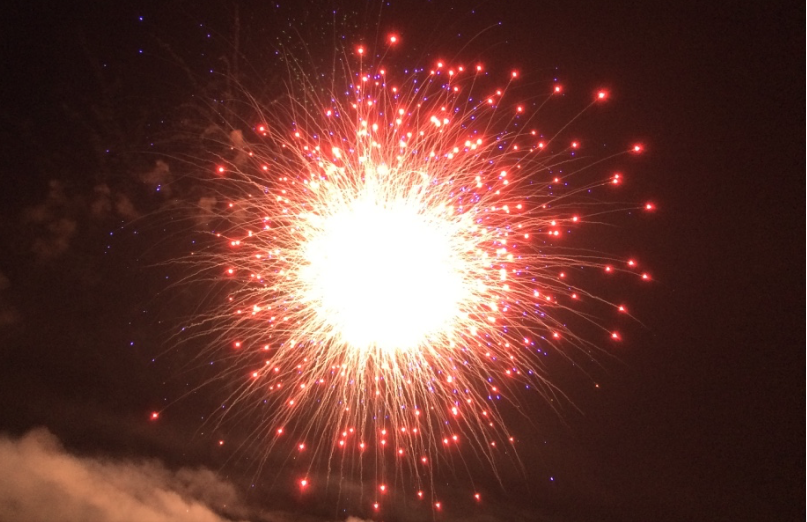 For days, weather forecasts have said thunderstorms are possible in the area on Saturday and Saturday night, July 6, when Darien’s fireworks display is scheduled. Now organizers are saying a decision about the weather will be made before 9 a.m., Saturday.

UPDATE, 7:13 p.m. — Greenwich has postponed its fireworks display from Saturday night to Sunday night (for more on that, see below).

Jami Gore, recreation program supervisor for the town Parks & Recreation Department, sent out an email at 5:44 p.m., Friday to discuss the weather reports and the decision on whether or not to postpone the fireworks to the Sunday, July 7 rain date.

Here’s the National Weather Service forecast for Darien (as of 5:56 p.m., Friday), from Friday night through Sunday night:

The weather service also issued a Hazardous Weather Outlook for the region, which said (as of 5:36 p.m., Friday) that from Saturday through Thursday:

From an article published Friday afternoon by GreenwichFreePress.com:

Because of the National Weather Service forecast for severe thunderstorms on Saturday evening (July 6, 2019), the fireworks displays are now scheduled for Sunday, July 7, 2019.

“It is with an abundance of caution and concern for the safety of the thousands of Greenwich residents who attend each fireworks show that we have made the decision to postpone the shows until Sunday,” Parks & Rec Director Joe Siciliano.

“The decision was made during a meeting of my staff with emergency service departments including the Greenwich Police and Greenwich Fire departments, and in consultation with Emergency Management Director Dan Warzoha,” Siciliano added.

One thought on “Darien Fireworks Organizers Expect to Decide Early A.M. Saturday Whether the Weather Will Postpone Event”