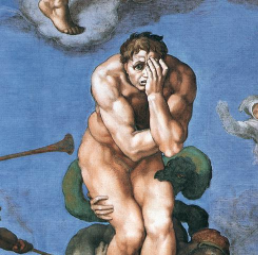 Fare increases, reduced train service, less highway snowing plowing, postponed construction. All of these and more are on the horizon, say Gov. Dannel P. Malloy and the Connecticut DOT because our Special Transportation Fund is running dry.

We’ve been talking about this issue for years and our lawmakers have done nothing. In fact, they’ve hastened this transportation Armageddon by their own short-sighted political pandering.

Remember in 1997 when the Legislature lowered the gasoline tax by 14 cents a gallon? Seemed like a popular move in a state with such high gasoline taxes. But those taxes are how we fund our transportation!

And with lower oil prices, greater fuel efficiency and electric cars, people are buying less gas and the STF is running on empty. And our debt service on transportation is growing faster than CDOT’s spending on operations.

Recently the governor warned us that Wall Street won’t buy even our general obligation bonds, let alone transportation bonds, if the STF goes into the red. So unless we find new revenue sources soon, any bonding will be more expensive if not impossible.

So pick your poison: tolls, sales taxes, Vehicle Miles Tax, gas tax, higher fares… none of them are popular, but some combination will be necessary.

The alternative is to cut spending, canceling things like new railcar orders for the standing-room-only Metro-North … eliminating off-peak and weekend trains on the New Canaan, Danbury and Waterbury branches… cutting Shore Line East rail service by 50 percent … and three fare increases from 2019 to 2022. 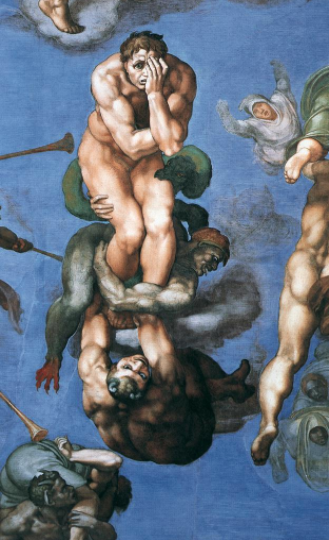 The only transportation direction in this detail of Michelangelo’s Armageddon-related “Last Judgment” is down.

Forget about rebuilding the crumbling Stamford rail station garage, a new station garage in New Haven, widening I-95 or rebuilding the disintegrating Route 7 – I-84 “Mixmaster” in Waterbury. And as CDOT faces further staffing layoffs, don’t be surprised if our highways don’t get plowed. Agency insiders tell me they’re already down 50 percent in snow plow staffers in some parts of the state.

Oh, but here come the uniformed suggestions for a quick fix. You’ve heard them and maybe thought of them yourself.

Why not cancel the new New Haven to Springfield rail line? Sure… but because it’s being built with federal money, the state would owe Washington a $191 million refund it doesn’t have.

Why not stop the raids on the STF to balance the budget with a lock-box? Great idea and you’ll get a chance to vote on that in a November 2018 referendum assuming you think it’s a real lock on that box.

Why not wrap all Metro-North trains in advertising … collect all tickets … sell naming rights for stations? Sure, but that would bring in chump change compared to the $1 billion we need just to keep the STF solvent and the state afloat.

Tolls and taxes are the only realistic alternatives. But our legislators, facing an election year, have no stomach for either. They’re still recovering from wrenched shoulders from patting themselves on the back for achieving an unbalanced budget while they’re in serious denial about the real mess we are in.

Come January the CDOT will start a series of public hearings on the necessary fare hikes and spending cuts. It will be a great time to see who among our lawmakers will be honest with us about the financial crisis they created.

One thought on “CT’s Prospects Get Ever Darker for Transport Funding, Even for Maintenance and Plowing: Cameron on Transportation”