Connie Marie Hirt, the beloved wife to the late Fred J. Hirt, a resident of Darien and a former resident of Manhattan, passed away on Friday, Jan. 28, 2022, at Calvary Hospital, Bronx, New York. She was 92. 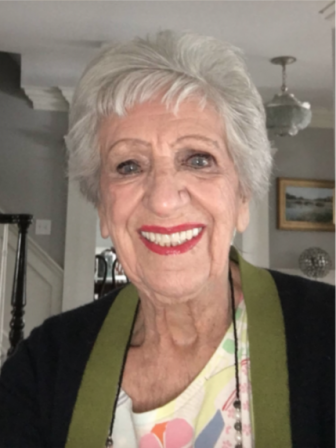 Born on Jan. 17, 1929, in New York City, she was the daughter of the late Diego and Domenica (DiPasquale) Lupo.

Connie managed Thrift Shop East for many years. She volunteered for the UJA Federation of Jewish Philanthropies and Channel Thirteen. She was also an antique dealer.

Connie loved to knit as well as crochet and enjoyed crocheting with cancer patients at Sloan Kettering. She was outspoken, a firecracker, a people person, a great listener, generous, kind, emphatic, and an avid reader. She believed in living life to the fullest and was willing to challenge herself constantly, learning from life.

In addition to her husband, Fred, Connie was predeceased by two sons, Winston Edwards, III and Charles Edwards; and a daughter, Joanne Hill; two brothers, Charles Lupo and Lawrence Lupo; and her sister, Mary Lupo.