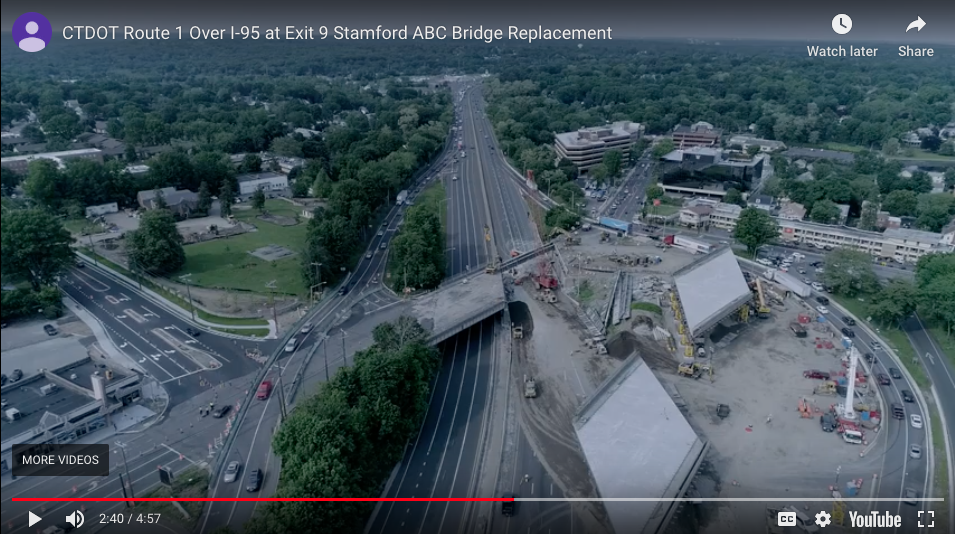 Aerial view of the construction site for the replacement of the Exit 9 bridge over Interstate 95, June 2019.

Here’s a view of the bridge replacement at Exit 9 last month in a video from the Connecticut Department of Transportation that shows an up-close view of the construction project, with time-lapse video techniques and, at some points, aerial drone camerawork.

“This is too good not to share,” First Selectman Jayme Stevenson said in an email.  “What a fantastic project from planning through execution.”

“Amazing time-lapse video,” said a tweet from Darien TV79, as it shared the video in the same tweet. The video lasts nearly five minutes.

Here’s an aerial view of one of the two spans being put in place (looking toward Darien). You can see two lanes of traffic going through the site, on each side of the highway, using exit ramps and on ramps (including one constructed specially for the purpose for the northbound-traffic side of the highway). The World Wrestling Entertainment headquarters is in the black building, center right. The new intersection of the Post Road and Courtland Avenue (a separate project) is on the left. 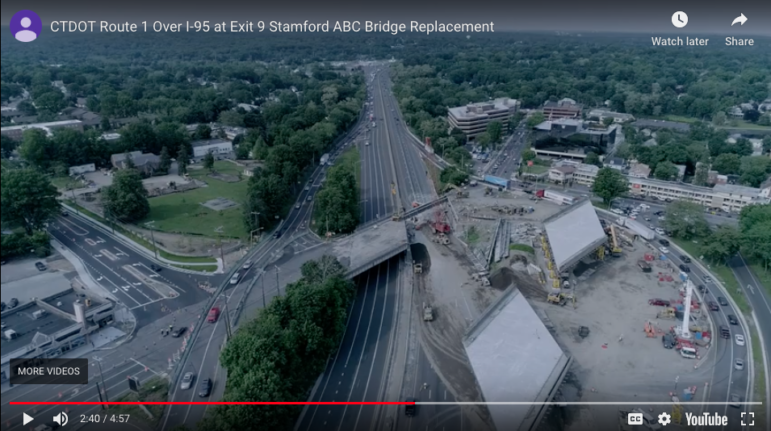 Aerial view of the construction site for the replacement of the Exit 9 bridge over Interstate 95, June 2019. The video at this point shows the traffic flowing and one of the the enormous concrete bridge spans slowly being moved into place.