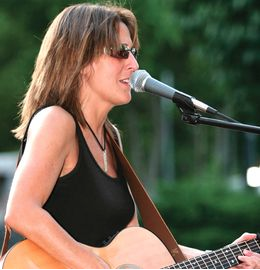 Cinnamon Girl, a Neil Young tribute band, will play for free, outdoors at Grove Street Plaza from 6 to 8:30 p.m., Friday, Aug. 3 in the latest of the Darien Summer Nights concerts.

The band was formed by singer-songwriter Leslie Costa in 2015.

Costa fell in love with guitar after her cousin, Chris, let her try his 1969 Fender Stratocaster. She formed her own band in 1990 called Leslie Costa and the Usual Suspects.