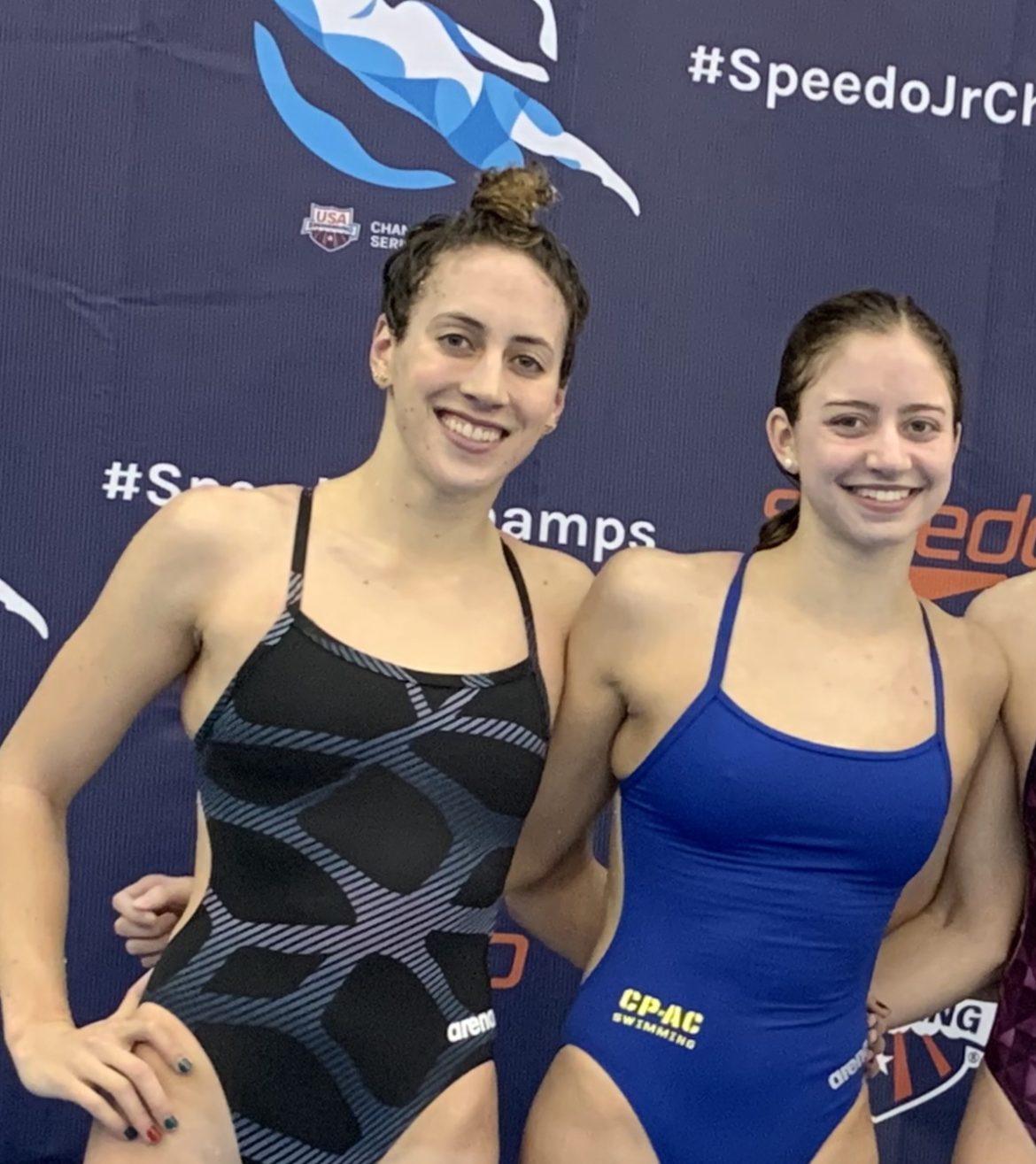 From left: Bridget Semanuk of Greenwich and Kate Douglass of Pelham, New York

For the third year in a row, the Chelsea Piers Aquatics Club has been awarded the honor of a Silver Medal ranking in the 2019 USA Swimming Club Excellence program. 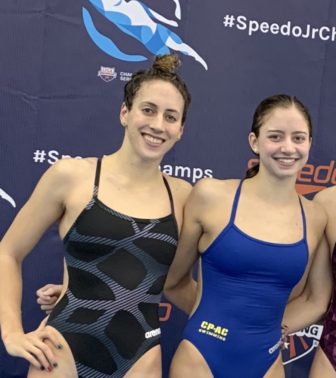 From left: Bridget Semanuk of Greenwich and Kate Douglass of Pelham, New York

The award is given to the highest-performing clubs in the development of athletes 18 years and younger. CP-AC ranked No. 29 in the country and was the only club in the top 50 in all of Connecticut.

“All of the athletes, coaches and parents who are a part of our program are very proud of this accomplishment,” commented Jamie Barone, Head Coach and Aquatics Director for Chelsea Piers Connecticut.

“We built a deep program that takes young swimmers and builds them into elite level athletes. Chelsea Piers arrived on the top 100 list our fourth year fielding a swim team and have leaped into the top 50 and now top 30 the past two years.  We had three athletes last year earning points. This year that number grew to seven.

“We have many outstanding young athletes coming up to take over the role our senior leaders held for us this year.  This is a fantastic achievement and speaks to these athletes’ talent, hard work and dedication of the athletes, coaches and parents.”

These athletes, including Kaki Christensen of Darien, have achieved the time standards in their respective events to score points for the club:

Now in its 18th year, the Club Excellence program identifies clubs that execute strong, well-rounded programs to produce elite 18-and-under athletes. The top 20 clubs earn Gold level ranking and those rated 21-100 are designated as Silver honorees. The next 100 clubs are recognized at the Bronze level.

In addition to recognizing high-performing teams, the program provides grant funding that enable clubs to expand and enhance the services already provided to athletes. A total of $400,000 in grants will be distributed to the 100 gold- and silver- level clubs.

Chelsea Piers Connecticut is the home of Chelsea Piers Aquatics Club (CPAC). Started in September of 2012, CPAC offers opportunities for all levels of swimmer from the 7-year-old beginner to the 18-year-old National Qualifier.

Every aspect of a swimmer’s career is considered, including but not limited to: nutritional education, mental approach to training and racing, dry land exercise (including injury prevention circuits and strength and conditioning routines), and a strong emphasis on technical proficiency in the water.

As the national governing body for the sport of swimming in the United States, USA Swimming is a 400,000-member service organization that promotes the culture of swimming by creating opportunities for swimmers and coaches of all backgrounds to participate and advance in the sport through clubs, events and education.

Our membership is comprised of swimmers from the age group level to the Olympic Team, as well as coaches and volunteers. USA Swimming is responsible for selecting and training teams for international competition including the Olympic Games, and strives to serve the sport through its core objectives: Build the base, promote the sport, achieve competitive success.