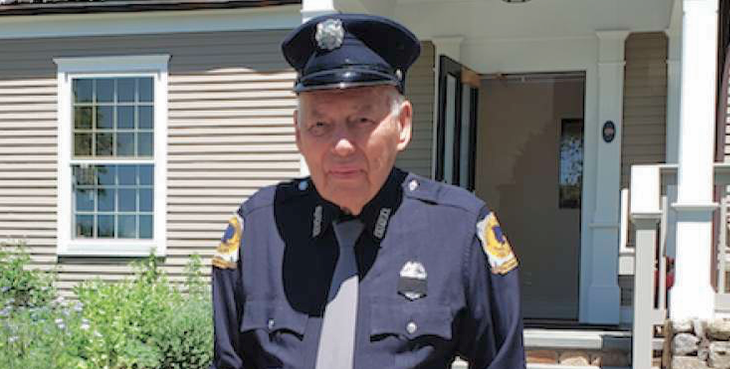 Charles Ferris “Chick” Scribner, a lifelong resident of Darien, died peacefully at his home on Saturday, June 27. He was 96. 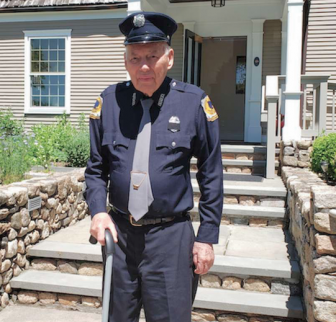 Charles Scribner died at home on Saturday, June 27. His funeral service will be private, and a graveside ceremony will be held at a later date.

Born March 14, 1924 in Darien, he was the son of the late Harold Blaine and Alice Lee Scribner.

Chick attended Darien Public Schools and graduated from Darien High School in 1942. He then served for three years in the U.S. Army in the China-Burma-India Theater during World War II.

He was discharged as a staff sergeant after receiving four military honors. Following his military service, Mr. Scribner began a career at Machlett Laboratories as a glass technician. His occupational career led him to Daran Products, Technicon, and finally to Perkin-Elmer as a research & development technician. He retired in 1989.

Chick was a very active citizen in Darien, serving the community as a volunteer firefighter for the Noroton Heights Fire Department for over 40 years, as assistant chief and assistant fire marshal.

He also had a long association with the Boy Scouts of America in Darien, which was founded by his father. Additionally, he was a member of the VFW, Darien Men’s Association, Middlesex Genealogical Society, Monuments and Ceremonies Commission, and the American Scientific Glassblowers Society.

Sports was one of Chick’s great enjoyments. He played varsity football, basketball, and earned varsity letters in baseball for two years. He coached Little League and Babe Ruth teams in Darien. Other interests included bowling, swimming, hiking, and camping.

He was predeceased by his wife of over 60 years, Mary Kelly Scribner. He was also predeceased by a brother Harold B. Scribner, Jr., and sisters Lucy Mitchell, Marjorie Kleemichen, Shirley Hanks, Carol Scribner, and Barbara Keeler.

He is survived by his children: Charles F. Scribner Jr. of Stratford; Jean S. Allen and her husband, Timothy of Clinton, New Jersey; James C. Scribner and his wife Jennifer of Ancram, New York; and Lt. Col. Donald A. Scribner, USMC, Ret. and his wife Corey of Chesapeake, Virginia.

Also surviving are a brother Albert Scribner of Lake Stevens, Washington; and sister, Elizabeth “Betty” Scribner Richter of Darien; and many nieces and nephews.

Due to restrictions during these unusual times, only family members will be present at a small service. A graveside ceremony will be held at a later date.

— an obituary from the Edward Lawrence Funeral Home, where online condolences may be left