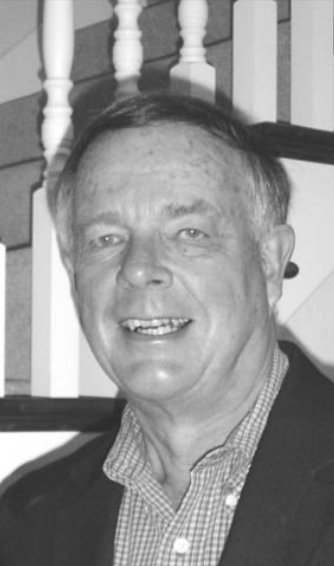 Charlie graduated from Williams in 1961 and joined Owens Corning, where he worked for 37 years. He began his career as a human resources trainee at their plant in Newark, Ohio and became the director of the Compensation & Benefits Administration Department in 1968. In 1973, he moved to Florida where he managed the Owens Corning Supply Division outlet in Miami.

In 1976, he was named managing director of Owens Corning’s Brazilian operations. Mr. Dana lived in Sao Paulo, Brazil for five years. While in Brazil, he served on the board and became chairman of the Association of American Schools in Sao Paulo. In 1981, he returned to Perrysburg, Ohio and was named vice president, Latin American Operations with responsibility for all of Owens Corning’s interests in the region.

Charlie was active as a volunteer for several charitable organizations over the years, such as The United Way, Junior Achievement, St. Timothy’s Church and Nature’s Nursery, among others.

Charlie loved to travel and being on the water. He and Ann chartered many boats, mostly in the Caribbean. He also enjoyed scuba diving over 200 times in various places around the world. Ann and Charlie also achieved their goal of visiting all seven continents.

A memorial service will take place at 11 a.m., May 7, 2022, at St. Timothy’s Episcopal Church, 871 East Boundary St., Perrysburg (419-874-5704). His remains will be placed in St. Timothy’s Memorial Garden immediately following the service. Memorial donations in Charlie’s name may be made to Junior Achievement of Northwest Ohio or St. Timothy’s Church.

There will be a luncheon following the service at Carranor Hunt And Polo Club at 12 noon. All are welcome to attend as well as visit early with Charlie’s family from 10 to 11 a.m. at St. Timothy’s.

— This obituary was previously published in The Blade of Toledo, Ohio on Legacy.com, where online condolences may be left.