Why do most motorists hate truck drivers? Is it because their big rigs are so intimidating? Or do we think they’re all red-neck cowboys, living the life on the range and we’re secretly jealous?

I respect truckers and think, for the most part, they are much better drivers than the rest of us. They have stiffer licensing requirements, better safety monitoring and much more experience behind the wheel. And unlike most of us driving solo in our cars, they are driving truly “high occupancy (cargo) vehicles” — 22 tons when fully loaded.

For an inside look at the unglamorous life of a trucker, I can highly recommend the recent national best-seller “Long Haul” by Greenwich native Finn Murphy, who’s been driving since he was 18 for the Joyce Moving Company. 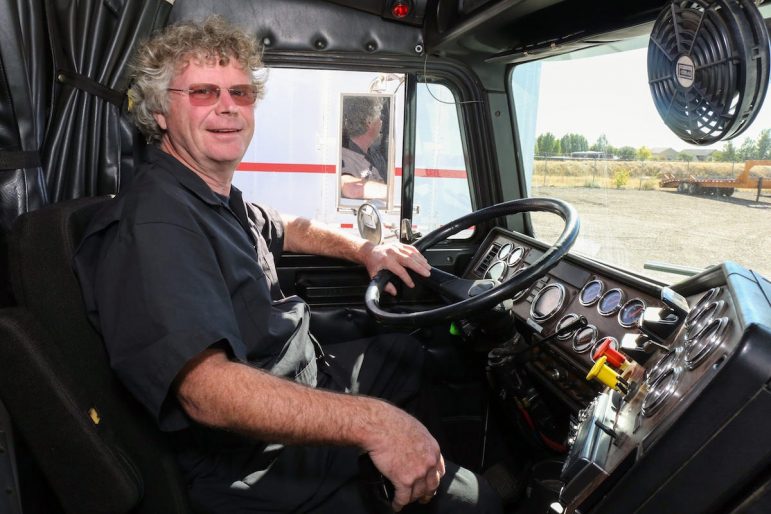 Finn Murphy behind the wheel

Murphy is what truckers call a “bed-bugger” because he specializes in high-end corporate relocations. He’s at the top of the trucker food chain, both in income and prestige, far ahead of car haulers (nicknamed “parking lot attendants”), animal haulers (“chicken chokers”) and even hazmat haulers (“suicide jockeys”).

While Murphy says a lot of long haul truckers do the job because they can’t find any other work, his career choice was an educated decision as he left Colby College before graduation, realizing he could easily make $100,000 packing, moving and unpacking executives’ prized possessions without his B.A. 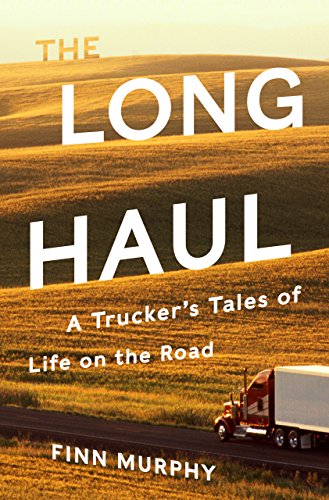 Almost 9 million Americans have moved since the start of COVID-19 and from this author’s perspective they all have too much stuff. They covet their capitalist consumption of furniture and junk (what movers call “chowder”).

And it ain’t cheap to move it, averaging about $20,000 for a long distance relocation. But as he sees it, he’s more in the “lifestyle transition” business than simply hauling and is sensitive to clients’ emotional state.

Murphy’s African American boss nicknamed him “The Great White Mover” as, at age 62, he’s one of the last few white drivers. Most of the industry is now handled by people of color, especially the local crews that do the packing and unpacking.

When self-driving trucks hit the road, thousands of minority drivers are going to be out of luck. Robots already do most of the loading and unloading of trucked merchandise bound for big-box stores.

As an independent operator, Murphy incurs all of his expenses. His tractor (the detachable engine part of the truck) costs $125,000. That’s not counting the $3,500 he pays to register it or $10,000 to insure it. A new tire (his rig has 18) costs $400 at a truck stop and maybe double that if he’s stranded on some interstate.

The average rig isn’t just a tractor hauling an empty trailer. Even before loading, that trailer has hundreds of pads (each of which must be neatly folded), plywood planks, dollies, tools, ramps and hundreds of rubber straps for tying things down. Loading his truck is like solving a giant Tetris 3D puzzle.

Finn Murphy’s truck, wrapped with an advertisement for his book.

Murphy’s driving hours are regulated and carefully logged, then checked at every state truck inspection station. But he thinks nothing of driving 700 miles per day, usually parking at a truck stop and sleeping in his on-board bunkbed equipped with a high-end stereo and 600-count Egyptian cotton sheets.

On the road he listens to audio books and NPR, which is probably how he learned to write so well (the book is not ghost written).

Finn Murphy isn’t the brawniest of movers, but he’s easily among the smartest and most articulate. Even if you have no aspirations of life on the open road, this well-written book may give you a new appreciation of truckers and may even change your stereotypes.