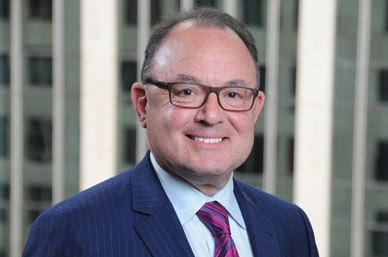 Bishop Frank Caggiano, head of the Diocese of Bridgeport, the largest religious organization in Fairfield County and in Darien, has announced an investigation into how the diocese reacted in past decades to charges of sexual abuse of minors by priests.

Leading the investigation will be a non-Catholic retired judge with experience investigating sex abuse charges.

On Thursday, Caggiano said in a speech at a church Synod in Rome that recent news of Catholic clergy sex-related scandals has degraded trust in the administration of the Catholic Church.

He said bishops “must continue to face courageously and honestly the betrayal of young people by clerics to whom they were entrusted.”

This summer there were reports that Archbishop Theodore McCarrick had been accused of sexual abuse of teenagers, and sexual coercion of seminarians and young priests.

Also, a Pennsylvania grand jury released a report detailing incidents of clerical sexual abuse across that state for decades, and prosecutors in other states have announced that they are starting or considering similar wide-ranging investigations.

In addition, a former West Virginia bishop is now under investigation, and a high-ranking churchman accused Pope Francis of negligence in the face of allegations of sexual misconduct. The pope recently directed Chilean bishops to resign after a scandal involving the church’s reaction to clergy sex abuse accusations in that country.

Before Caggiano became bishop of the Bridgeport Diocese in 2013, the diocese had its own history of controversy about how it had reacted to accusations of sexual misconduct by priests.

After lawsuits filed over the course of a decade, the diocese in March 2001 reached settlements with 23 plaintiffs who said they had been sexually abused by seven priests.

According to the Hartford Courant, the diocese paid out $12-15 million to plaintiffs; and in 2009 reached another series of settlements, paying out $21 million to 40 plaintiffs.

Here’s the full text of the news release, which was announced Oct. 7 at Sunday Masses in the diocese, including at St. John Church in Darien, with copies available at the church entrance. It also was published in the diocesan newspaper, Fairfield County Catholic:

Bishop Frank J. Caggiano on Wednesday, Oct. 3 announced that retired Connecticut Superior Court Judge Robert L. Holzberg, who is a partner in the law firm of Pullman & Comley LLC of Hartford and Bridgeport, will serve as counsel and lead investigator for the Clerical Sexual Abuse Accountability Investigation being conducted for the Diocese of Bridgeport.

Judge Holzberg, who has extensive experience as an investigator, mediator and arbitrator, will lead the Accountability Investigation by overseeing a comprehensive analysis and review of claims of clerical sexual abuse of minors, the Diocese’s knowledge of such abuse and its response to allegations and information presented to it concerning the alleged clergy abuse.

As part of his investigation, Holzberg, a Middletown resident, will have complete and unrestricted access to all Diocesan files, records and archives dating from 1953, when the Diocese was founded, to the present, and the opportunity to interview Diocesan clergy and administrators with information relevant to his inquiry.

Work on the Accountability Investigation will begin immediately and is expected to be completed by Spring 2019. Judge Holzberg, who is not Catholic, will direct a team of attorneys and investigators to conduct the investigation.

Results of the investigation will be presented in a public report that will address sexual abuse of minors by clergy in the Diocese of Bridgeport, along with the response of Church leadership to that abuse. The report will also contain any relevant recommendations to the Bishop resulting from the review.

“Judge Holzberg epitomizes long-term, dedicated and conscientious service to the community,” Bishop Caggiano said. “He possesses the highest integrity, and he has made substantial contributions to the administration of justice in Connecticut. We are grateful that he has agreed to lead this significant review.”

“I am committed to supervising a comprehensive, impartial and transparent investigation into clergy sexual abuse of minors and the Diocese’s response to that abuse over the past 65 years. As a condition of taking on this assignment, I met with and obtained the commitment of Bishop Caggiano that I will have full and unlimited access to all materials relevant to this investigation and that I will have full discretion to conduct this investigation as I deem appropriate. Bishop Caggiano pledged his full cooperation and commitment to this important initiative,” Holzberg said.

Prior to his retirement from the bench in 2012, Holzberg successfully mediated claims against St. Francis Hospital in Hartford involving allegations of decades long sexual abuse of minors by a hospital employee.

In 2014 Holzberg was retained by the Stamford corporation counsel [the city’s lawyer] to lead an investigation into allegations that a Stamford Board of Education high school teacher was involved in a sexual relationship with her student.

The Bishop personally met with Judge Holzberg and assured him that he would have the full and unfettered access to Diocesan records and files necessary for a comprehensive review.

Bishop Caggiano announced plans for the Accountability Investigation on September 7 in response to the national clerical sexual abuse crisis and failures of Church leadership in accountability and transparency.

His letter was read in parishes throughout the diocese and widely distributed through the diocesan newspaper, website, and social media. He announced plans for the report and outlined some of the spiritual and administrative actions that the diocese will take to ensure transparency and accountability.

“My hope is that these measures will begin to heal the wounds that we feel and address the legitimate desire for real change that restores confidence in every level of leadership,” he said.

The Bishop also committed to presenting a financial report on settlement amounts for past claims of clergy sexual abuse of minors from the establishment of the diocese to date.

The report will include sources from which funds were obtained to settle claims and provide an account of the financial support currently given to any priest who has been accused of sexual abuse of a minor and who is currently on administrative leave or has been laicized. The report will be released on October 31.

“These measures also build upon the extensive work we have done since 2002 to reach out to and support survivors of clergy sexual abuse in addition to providing the training and safeguards to protect our children and ensure that adults recognize the warning signs of any potential abuse,” Bishop Caggiano said.

“I believe that the Church is facing a moment of crisis that demands honesty and repentance from the bishops and decisive action to ensure that these failures will never happen again,” Bishop Caggiano said.

He retired from the bench in September 2012 after more than 22 years of service as a Superior Court judge.

He was appointed to the Superior Court in 1990 by Gov. William O’Neill. While on the bench, he served as the presiding judge for civil matters in the Middlesex, New Britain and Waterbury judicial districts.

During his career, he earned a reputation for his skill in crafting settlements in some of Connecticut’s highest profile and most complex cases and became one of the state’s most sought-after mediators.

He has received several awards, including the 2011 Connecticut Bar Association’s Henry J. Naruk Award for distinguished service and the 2005 Hon. Robert F. Zampano Award for Excellence in Mediation. In 1998, he received the Connecticut Trial Lawyers Association Judicial Award.

Before his appointment to the bench, he was on the faculty of the University of Connecticut School of Law and also served as an Assistant Public Defender in the Office of the Chief Public Defender.

Pullman & Comley will celebrate its 100th anniversary in 2019 and is one of Connecticut’s largest firms, providing a wide range of legal services to clients in the New England region, as well as throughout the United States and internationally.

The firm has offices in Bridgeport, Hartford, Stamford, Waterbury, and Westport, Connecticut and White Plains, New York. The firm is an active member of the Law Firm Alliance, an international affiliation of law firms. For more information, please visit www.pullcom.com.