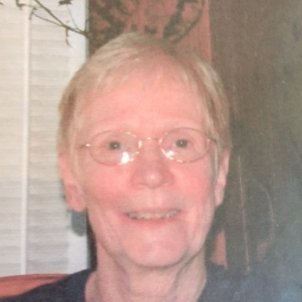 Catherine Billingsley Sullivan, 81, passed away on Nov. 23. Her funeral was on Saturday.

Catherine Billingsley Sullivan, age 81, passed away peacefully and surrounded by family on Nov. 23 in Bennington, Vt.

Catherine Billingsley Sullivan, 81, passed away on Nov. 23. Her funeral was on Saturday.

A former longtime resident of Scituate, Cathy was born and raised in Darien. While she enjoyed traveling and lived both overseas and in various locations on the East Coast, she was a Bay Stater at heart and a devoted fan of the Red Sox and Celtics.

When she wasn’t performing daily maternal miracles, she loved going to art museums (the MFA and ICA were particular favorites), watching movies (Alfred Hitchcock), and curling up on the couch with a good book.   She was a generous and welcoming hostess whose home was often filled with visitors.

— an obituary from McNamara-Sparrell Funeral Home

When her children grew older, she worked in the office of Dr. John Josephs in Scituate and later at Country Curtains in Pembroke.  More than anything, she relished spending time with her children and grandchildren.  She will be buried in Union Cemetery in Scituate in a plot next to her beloved daughter, Moira.

Visiting hours were Friday at McNamara-Sparrell Funeral Home, 160 So. Main St., Cohasset, Mass.. A Mass of Christian Burial was celebrated on Saturday, Dec. 2, 2017 at St. Mary of the Nativity, Scituate Harbor, Mass. Donations may be made to Cure Alzheimer’s Fund, 34 Washington St., Suite 200, Wellesley Hills, MA  02481.