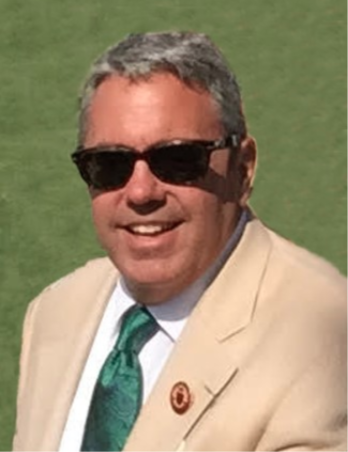 “When it comes to living large, I say turn it up till the knob falls off and throw it out the window.” Barret Platten Naylor lived a large, joyful life which was cut short a day after his 57th birthday, Thursday, May 9, 2019 due to complications from a liver transplant. 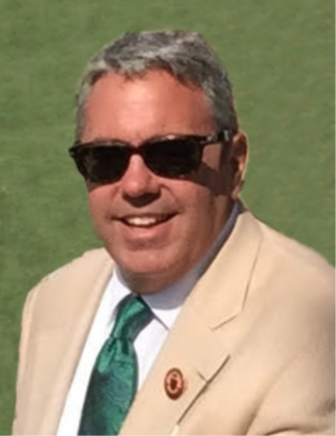 Barret was a life force who radiated love and selflessness. His spirit is carried on by his wife, Kim and two children, Christian (27) and Whitney (26), along with many extended relatives and friends whose lives are blessed to have been touched by Barret.

Born in Greenwich in 1962, the son of Randolph Naylor and Katherine Tyson, Barret grew up in the Northeast, working in New York City and enjoying summers on Martha’s Vineyard.

On Oct. 27, 1990 Barret married his childhood best friend and the love of his life, Kimberly Brainard Naylor at the Federated Church in Edgartown, Massachusetts. The love Barret and Kim had for one another was the deepest and most significant type of love one can come across.

Barret was an exceptional father to their children, Christian and Whitney. Everything he did in life was to provide love and support to Kim, Christian, and Whitney. There is nothing he wouldn’t do or didn’t do for them- they were the proudest parts of his life.

He supported Christian and Whitney immensely throughout each of their careers, in the sport of rowing, and always gave back to their respective school programs. He became a true shining beacon in each of their communities throughout all walks of their lives.

Barret began his professional career at Grey Advertising in New York City, but soon thereafter brought his skills and passion to the field of finance. In 1998 he became “Co-Founder and Poobah” when he and business partner Doug Lowey started Brownstone Investment Group.

Barret became a force to be reckoned with as a bond salesman and industry leader. He was what Doug explains, “the heart and soul of Brownstone,” providing endless mentorship, loyalty, and leadership to the firm. Barret never failed to put the interest of his employees before his own.

There are no adequate words to describe Barret’s immense selflessness and love of life. His greatest joy was mentoring and coaching the “leaders of tomorrow.” He sat as the president of the New Canaan Football Association for two years, and was football coach to his son, Christian.

Most people in their hometown of New Canaan knew Barret as “coach,” and elsewhere he is simply referred to as “BB.” He mentored his kids and their friends all throughout their lives. “Smart is attractive,” “The best four years of your life are the next four years,” and “We build the beach one grain of sand at a time” were three of his most recognizable BB-isms. Another famous Barret line was, “if you didn’t pour it, don’t drink it,” and his house rule was, “if you can find it you can have it.” His passion was to teach life lessons of communication, humility, leadership, and balance.

The places you could most often find BB were Norton Point beach in Martha’s Vineyard with his family and friends in what he called “The Circle of Love,” golfing (he was very proud of his hole-in-one at Pine Valley) or cheering on the New England Patriots with his wife Kim, who he referred to as “coach” when the games were on.

Many define Barret as one-of-a-kind, a legend. He truly left a lasting mark on each person he met. Barret will be missed by so many but will watch over us as he dances above with loved ones in eternal life.

Please join his wife and children in celebrating Barret’s legacy at 4 p.m., Thursday, May 30 at Noroton Presbyterian Church in Darien.

In lieu of flowers, the Naylor family requests that gifts in memory of Barret be made to the Transplant Program at Mayo Clinic in Florida. Gifts can be directly mailed to: Mayo Clinic, Department of Development, 4500 San Pablo Road, Jacksonville, FL 32224, Attention: Susan Harris or call 904-953-6393 for further information.