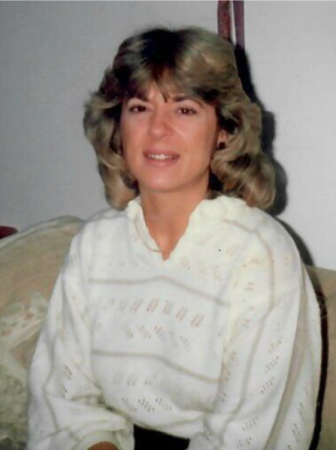 She was born on Dec. 28, 1943 in Greenwich to the late Samuel Santoro and Ann Santoro .

Barbara grew up in Greenwich and attended Greenwich Public Schools and graduated from Greenwich High School with high honors.

Despite being a talented hairdresser, Barbara obtained a position as head administrative assistant at Easter Seal Rehabilitation Center in Stamford and worked there for 19 years.

She was also a professional singer and sang with several local bands in the seventies. Barbara was an avid music lover who toured around with her husband Frank to many concerts.

In particular the couple enjoyed following the Jim Clark Band and the Jim Coogan Band. They also looked forward to visiting Flea markets together. Although Barbara and her family enjoyed many outdoor events, she especially loved boating and water skiing on their family boat.

Barbara is survived by her husband, Frank, of Darien; a son, Todd (Maryann) of New Jersey; a daughter, Staci Cicero, (Frank) of Darien; two sisters, Sandra Coughlin and Pamela Daly; and four grandchildren.

A Mass was held Tuesday, Dec. 7, 2021 at St. John Roman Catholic Church. Burial was to follow at St. John’s Cemetery in Darien. In lieu of flowers donations may made in Barbara’s memory to St. Jude Children’s Research Hospital.