Get a sneak preview of the latest hit exhibit from the Museum of Modern Art, Joan Miró: Birth of the World, at 7 p.m., Tuesday, April 30 in the Louise Parker Berry Community Room. 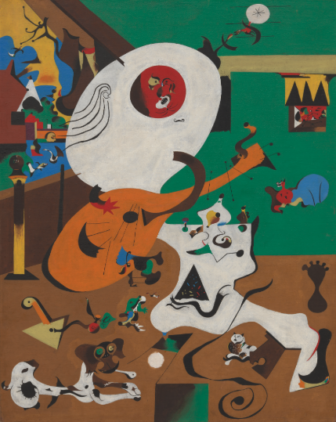 Image and caption from the Museum of Modern Art website

Dutch Interior (I), by Joan Miró, painted in Montroig, July-December 1928.

“You and all my writer friends have given me much help and improved my understanding of many things,” Joan Miró told the French poet Michel Leiris in the summer of 1924, writing from his family’s farm in Montroig, a small village nestled between the mountains and the sea in his native Catalonia.

The next year, Miró’s intense engagement with poetry, the creative process, and material experimentation inspired him to paint The Birth of the World.

In this signature work, Miró covered the ground of the oversize canvas by applying paint in an astonishing variety of ways that recall poetic chance procedures. 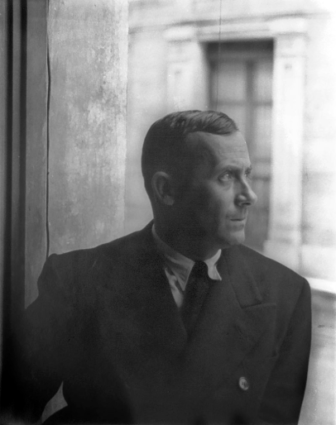 He then added a series of pictographic signs that seem less painted than drawn, transforming the broken syntax, constellated space, and dreamlike imagery of avant-garde poetry into a radiantly imaginative and highly inventive form of painting.

He would later describe this work as “a sort of genesis,” and his Surrealist poet friends titled it The Birth of the World (pictured at the bottom of this article).

Drawn from MoMA’s extensive collection of Miró’s work and augmented by several key loans, this exhibition situates The Birth of the World in relation to other major works by the artist. The exhibit runs through June 15, 2019.

It presents some 60 paintings, works on paper, prints, illustrated books, and objects—made primarily between 1920, the year of Miró’s first, catalytic trip to Paris, and the early 1950s, when his unique visual language became internationally renowned—to shed new light on the development of his poetic process and pictorial universe. 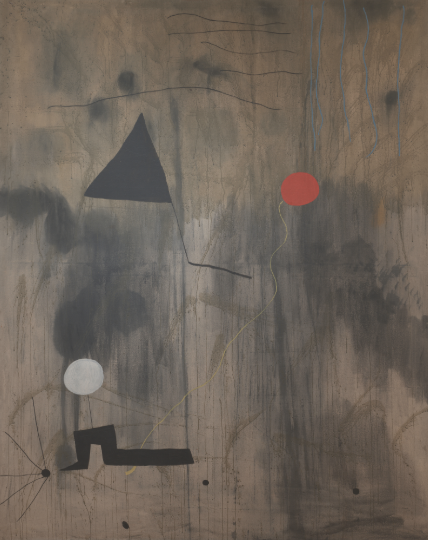 The Birth of the World by Joan Miró, Montroig, late summer-fall 1925