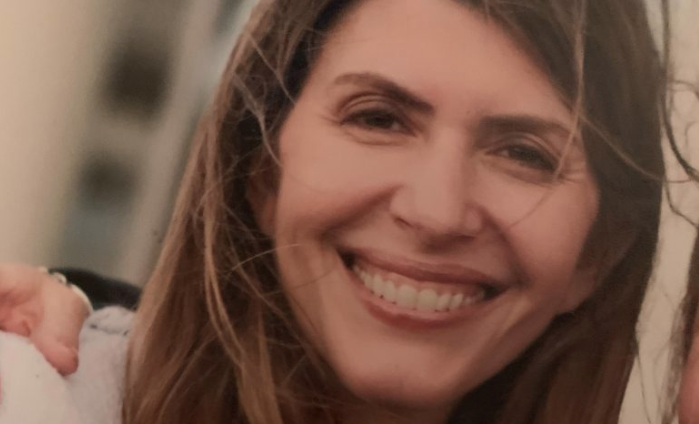 With the attention of many people in lower Fairfield County and elsewhere riveted by the Jennifer Dulos missing person case in New Canaan, two groups active in dealing with domestic violence have put out statements describing the wider situation, and a meeting has been organized for Tuesday evening in Greenwich.

This statement from YWCA Greenwich regarding Jennifer Dulos previously was published by Greenwich Free Press:

Along with the Greenwich community, YWCA Greenwich is deeply
concerned and saddened by the ongoing developments regarding the disappearance of Jennifer Dulos of New Canaan.

Domestic violence is suspected, and YWCA Greenwich is the only state designated provider of domestic abuse services in the community.

From court documents, we know Ms. Dulos was afraid of her estranged husband and was fearful he would retaliate against her for seeking a divorce. In an affidavit she claimed, Fotis Dulos had exhibited “irrational, unsafe, bullying, threatening and controlling behavior.”

We know that in 2017 she was denied a request for emergency relief to have full custody of the children but a year later was granted full custody because the court found Fotis Dulos had lied to the court and had put his children in danger.

“Unfortunately, the burden of proof of abuse is put on the victim,” said Meredith Gold, Director of YWCA Greenwich Domestic Abuse Services. “Often it takes more than one hearing before the court for a victim of abuse to be believed.”

Domestic abuse may present itself differently from case to case, but it always involves a pattern of abusive behavior used to establish power and control over a spouse, dating partner or other intimate partner through fear and intimidation, often including the threat of physical violence.

The most dangerous time for a victim of domestic abuse can be when the person leaves the abuser, which is why safety planning is critical for anyone experiencing domestic abuse.

Professionals in the area of domestic violence are trained to help victims think through all the scenarios that can help keep them safe, including providing shelter.

“The case of Jennifer Dulos is a reminder that domestic violence
permeates all areas of society,” said Mary Lee Kiernan, President and CEO, YWCA Greenwich. “At YWCA Greenwich Domestic Abuse Services, we respond 24/7, and all services are free to anyone who reaches out to us.”

Domestic violence continues to be the most reported violent crime and the second most investigated crime in Greenwich. YWCA Greenwich services include 24/7 hotlines, crisis intervention, group and individual counseling, emergency shelter, civil and criminal court advocacy and more.

Law enforcement is asking citizens who may know anything or have surveillance footage to contact the New Canaan Police Department.

From the Domestic Violence Crisis Center, headquartered in Stamford:

“The disappearance of Jennifer Dulos is yet another reminder that domestic violence is increasingly common”, says Kevin Shippy, executive director of the Domestic Violence Crisis Center based in Stamford and serving the communities of Stamford, Norwalk, Darien, New Canaan, Weston, Westport and Wilton.

“The clients we see every day, 3,789 members of our community last year to be exact, are survivors of the terror they have endured at the hands of their intimate partners often for years, and they are our neighbors, friends, family, the person behind us at Starbucks, the mother hosting our children’s playdate this afternoon.

“Domestic Violence is about control. It can present itself as physical violence, threats and intimidation, emotional abuse, economic deprivation, and often a combination. To share some statistics, one in four women and one in seven [people] experience domestic violence in the U.S. Domestic violence is the No. 1 cause of visits to the ER for women between the ages of 18 and 44, and it is the No. 1 emergency call to law enforcement in Darien, New Canaan, Weston, Westport and Wilton.

When asked what we can do to get ahead of it, Boardie Kurz, DVCC’s Development Director said:

“We continue to raise awareness so everyone knows what domestic violence looks like; we continue to impress upon our legislators to act in both increasing legislation to hold abusers accountable and increasing legislation to support victims; we support agencies like DVCC so victims of DV are represented with legal fire power and, maybe most importantly, we break the cycle by providing every school with K-12, age appropriate, preventive education curriculum.

“One in seven children that witness DV will become a victim or perpetrator themselves. As long people believe it doesn’t happen in well healed, educated communities, it will continue. Then it’s shame on us.”

The Domestic Violence Crisis Center is committed to providing effective services, support and education for the prevention and elimination of domestic violence in Connecticut and beyond. The DVCC is the only domestic violence agency serving the municipalities of Stamford, Norwalk, Westport, New Canaan, Darien, Wilton and Weston and is part of an 18-member statewide coalition, the Connecticut Coalition Against Domestic Violence (CCADV).

On Tuesday, June 11 at 6:30 pm, YWCA Greenwich will host an evening of community support around the disappearance of Jennifer Dulos and the collective impact of intimate partner violence.

The Greenwich community is invited to join the YWCA for an open forum to discuss the emotional toll of this tragic story.

At the event, they will explore how to process the constant updates about the disturbing details and identify strategies to cope with the impact on ourselves, our children and our community.

The event will be held on Tuesday, June 11 at 6:30pm at YWCA Greenwich, 259 East Putnam Avenue, Greenwich.

The event is free and open to the public, please register at www.ywcagreenwich.org/registration