Anne Schroeder Anderson, 89, of Redding,  passed away peacefully on Jan. 24. 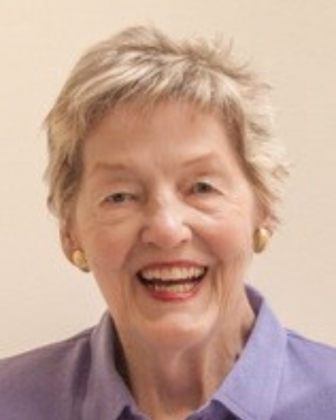 Anne Anderson, 89, passed away Jan. 24. Her interment was private, and the family hopes to have a celebration of her life at a later date.

Anne was born in August 1931 to Katherine and Wade Schroeder in Chicago. She grew up in Oklahoma City, Evansville, Indiana and Wheaton and Hinsdale, Illinois, suburbs of Chicago.

She graduated from Wellesley College in Massachusetts in 1953 with a degree in art history. That year she was also a finalist in the Vogue “Prix de Paris” contest.

While Anne attended college, she met the love of her life, Robert Anderson. They married in 1953 and lived in Naples, Italy for two years while Bob served in the Navy. Anne and Bob were married for 66 years.

When Anne and Bob returned to the States, she worked as an assistant to the art editor for Glamour magazine, before moving to Cincinnati in 1956. Shortly thereafter, Anne’s daughter, Katherine, was born.

Anne and her family moved to Darien in 1962, where they lived for many years and were members of the Wee Burn Country Club. As Bob’s jobs changed, they moved to Winston-Salem, North Carolina in 1977 and then to Los Angeles in 1979. Bob retired in 1984 and they moved to the Ocean Reef Club in Key Largo, Florida, where they lived for 30 years while keeping a summer house in Darien. A few years ago, Anne and Bob moved to Redding.

With the first move to Darien in 1962, Anne devoted herself to her art and became a successful fine art painter. She studied with the Art Students League and New York School of Interior Design in New York City, the Silvermine School of Art and the Rowayton Arts Center, among others.

She participated in numerous juried shows and became a juried member of several prominent art associations in Connecticut and North Carolina. Anne enjoyed one-person shows at the Fairfield Library, Darien Library (two-person) and Ocean Reef Art League in Key Largo, and her paintings are in private collections around the country.

For four years, she and a partner ran The Acorn, a business that created custom decorative objects painted with fantasy finishes for interior designers.

Anne also devoted much of her life to serving others, including Wellesley College through alumnae activities and board service, the board of the Ocean Reef Art League, including four years as its president, and even, much earlier, as Girl Scout troop leader when there were not enough leaders for all the girls who wanted to be scouts.

Anne was preceded in death by her husband, Bob; and is survived by her daughter, Katherine Anderson O’Hara; and her sister, Martha Schroeder O’Connor; two nephews, several cousins and many friends.

Her interment in Darien was private and the family hopes for a celebration of life when the pandemic restrictions permit.

— This obituary was previously published by the Darien Times on Legacy.com, where online condolences may be left.