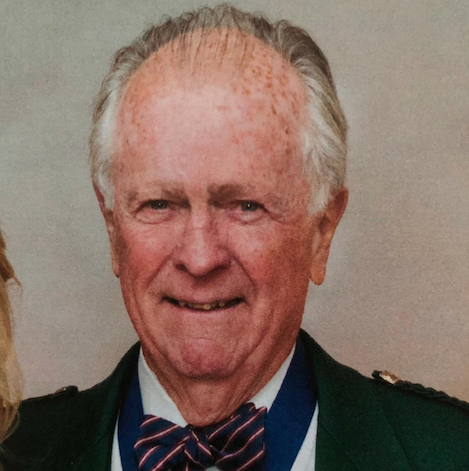 Alfred George Bisset, a longtime Darien resident, passed away peacefully on Nov. 3. Fred was predeceased by his wife, Asa, who passed only months ago in May. 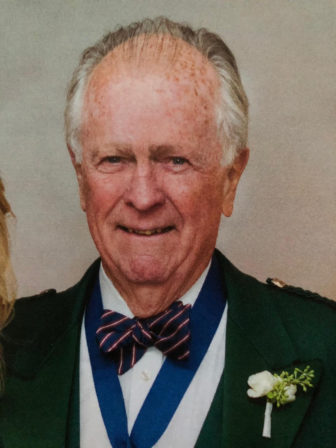 Alfred Bisset passed away on Nov. 3. His funeral will be on Dec. 1.

He is survived by his five children and 12 grandchildren.

Born in 1941, Fred was the second son to Hilda and Alfred Bisset. He and his older brother Robert were raised in Rhode Island and Florida by hardworking Scottish immigrants. Proud of his heritage, Fred was often seen wearing his full kilt and family tartan at celebratory events.

After graduating from the University of Florida, Fred ventured to New York City where he soon got a taste for the world of finance with jobs at Francis I. Dupont & Co. and E.F. Hutton. There, he met his wife, Asa, and fell deeply in love, marrying in New York City and soon starting their family, bringing her Swedish traditions to Darien.

His charismatic personality and unprecedented drive led him to start his own firm in currency management and in 1981 he opened A.G. Bisset and Company in Rowayton. Though his commute to the office was only a few miles, his work took him all over the world.

When not traveling for business, exposing his children to foreign cultures and countries, Fred was often enjoying jazz at the Tokeneke Club or singing old Scottish tunes for friends. As an involved member of the University Club, the New York Yacht Club, and president of the St. Andrews Society of New York.

A board member of the Herreshoff Marine Museum, Fred was often seen with his beautiful wife in Rowayton harbor on his old Herreshoff wooden boat, Corsair, sporting a captain’s hat and a smile.

His funeral service will be at 1 p.m., Saturday, Dec. 1 at Noroton Presbyterian Church, 2011 Post Road in Darien.

In lieu of flowers, please donate to the ALS Therapy Development Institute.